Unique foods to try in Iceland

Iceland is the most sparsely populated country in Europe and regularly associated with harsh weather, the Northern Lights and natural therapeutic springs. Due to its geological location, it is also a pioneer in the use of geothermal energy for generating space heating. It’s given us Bjork and it is known for its progressive politics. But what are we to make of the Icelandic cuisine?

Because of its geographic and climate limitations, for centuries Icelanders lived on simple meals that reflected the country’s harsh environment by making do with whatever ingredients they had available locally. But recent advances in technology and the use of geothermal energy have made it possible to keep livestock and grow many ingredients all year round.

Being surrounded by the Atlantic Ocean, the country has an abundance of seafood available and fish is a very popular option for locals and tourists alike. But if you dig a little deeper, Icelandic cuisine is full of unusual delicacies and downright scary dishes.

Quite possibly the most famous dish in Iceland, fermented shark is also known by many as rotten shark due to its pungent smell. The shark meat is actually poisonous while fresh, due to the amount of urea the shark releases through its stream. It is fermented using a particular preservation process that includes burying the soon-to-be edible parts under the sand for a period of 6-18 weeks. It is then sliced into strips and hung to naturally dry for months. The hardest thing about eating this delightful delicacy is its strong ammonia-rich smell, so if you are squeamish but certain you need this in your life, hold your breath while you put it in your mouth. It has a chewy texture and strong cheesy flavour and unsurprisingly it is served with a shot of the local spirit

For an even braver culinary adventure, opt for sheep’s head, a dish that hails from a bygone era when locals could not afford to throw away any part of the animal. After burning off the hair on the sides, the head is then cut in two, the brain is removed and the head it is then boiled for an hour. The cheek and the tongue are said to be the meatiest or you might be tempted to suck on the two succulent eyeballs. The dish is usually served with mashed potato and rhubarb jelly. And you can even have the brain on the side if you so wish.

In keeping with the theme of scarcity in the olden days, animal testicles were also used for eating. The testicles are usually pressed into cheese-like cubes and soured in whey. Nowadays the dish is often served at special occasions as pâté, as a starter or as a snack.

Though these dishes seem confusing to some, they have a strong historical significance to Icelanders, who often eat them as a way of honouring their past. 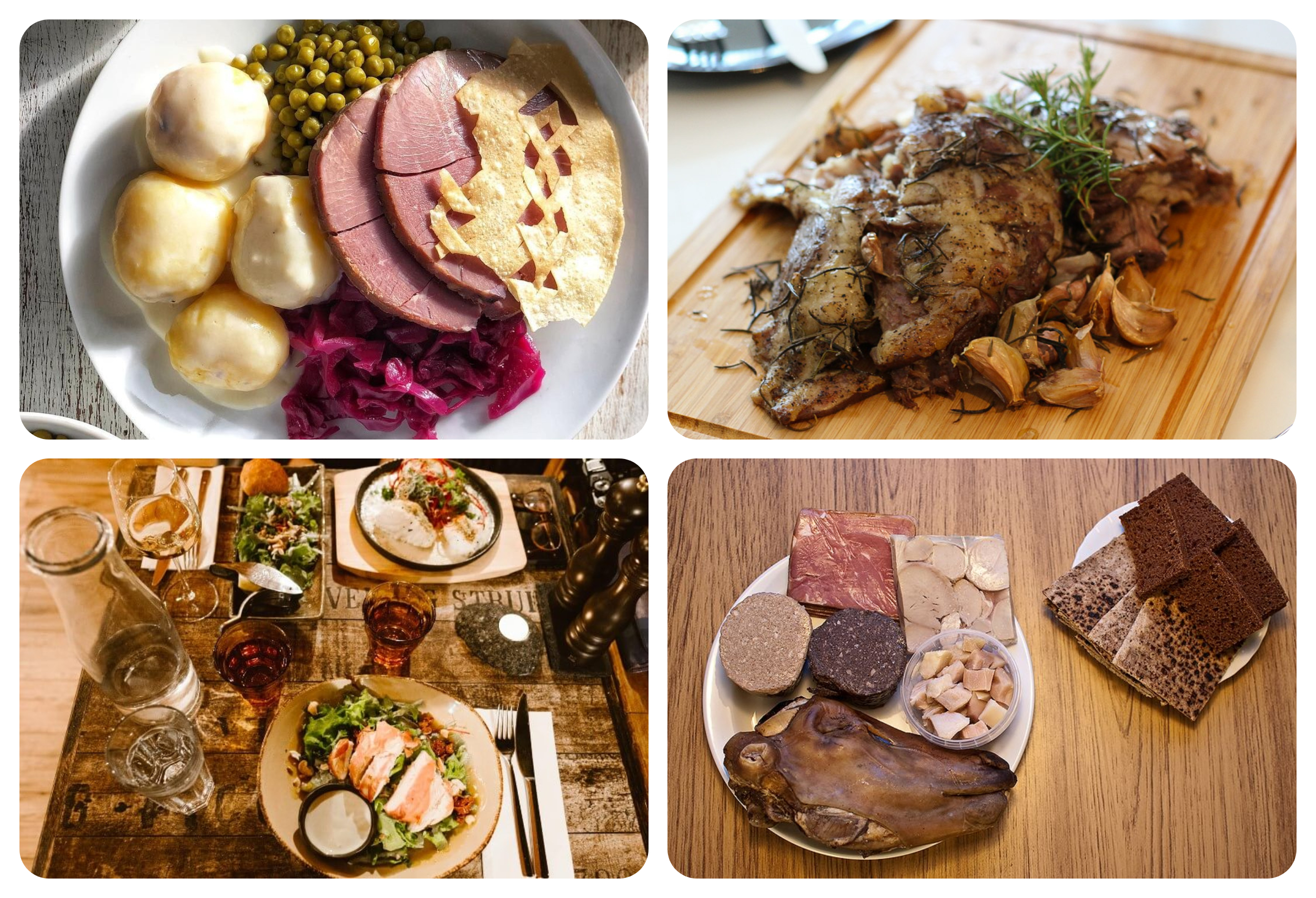