Thailand – The Home of Beautiful Beaches

Thailand is a country that has long been renowned for its pristine coastlines, idyllic islands and miles of undisturbed sandy white beaches. International tourists have been travelling to Thailand in pursuit of paradise long before Leonardo DiCaprio introduced its beauty to the masses in “Beach”. Though there is beauty to be uncovered in all corners of this friendly nation, the island areas of Phuket and Koh Samui are among the most adored and for good reason.

Possessing a warm, tropical climate, it is possible to visit Thailand all year around. With that said, the climate does vary depending on the specific season you travel during. Generally speaking, the best time to visit Thailand is during the months of November through to April – particularly if you wish to relax and sunbathe on the various beaches. During this period, the temperatures range between 27 and 32 degrees celcius and the annual rainfall is at its lowest. The summer months of July to October are also monsoon season and arguably not the most pleasant time to travel.

The Island Paradise of Phuket

Nestled in the heart of the Andaman Sea, and home to a rugged natural landscape that boasts both mountain ranges and some of the best beaches in Thailand, it is understandable as to why Phuket is one of the region’s most popular tourist destinations. Owing to the ever-growing popularity of Phuket, travellers that enjoy a peaceful atmosphere and the opportunity to get off the beaten track may worry that Phuket is a little too hectic for their liking. However since Phuket is home to over 30 beaches, it is easy to find a little slice of paradise here. 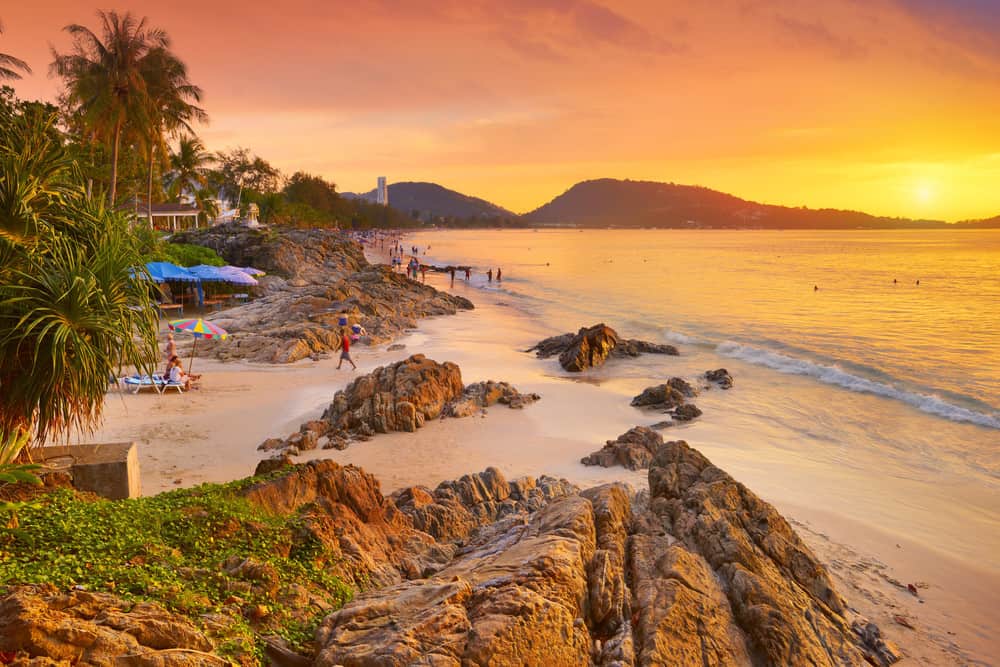 Patong beach and Karon beach are among the most popular beaches in Thailand. They are home to vibrant nightlife scenes and dozens of crowded bars and eateries though the former of the two has been known to get a little wild. If partying is not your cup of tea, venture to the lesser known secluded beaches of the island. Nestled away from the crowds, the beaches of Ao Sane and Ao Yonn are the picture perfect depiction of a tropical paradise -with low hanging palms, groves of tropical almond trees and quaint beachside villages.

The Perfect Day in Phuket

If your idea of a perfect vacation is to relax during the day and party during the night then Yae beach, situated 5km north of Patong, is relatively secluded and quiet. This is a great place to rent a sunlounger and unwind with a book, before enjoying a sumptuous Pad Thai at one of the nearby restaurants and venturing back to Patong when the sun sets.

On the Eastern coast of Thailand, a short boat ride away from Surat Thani, Koh Samui is the country’s second largest island. Here, Chaweng beach is the main tourist hotspot and can be one of the busiest parts of the island. At any given time of the day, this 7km stretch can be seen filled with sunkissed travellers participating in watersports or enjoying a morning jog along the sea. One should not be put off by the popularity of this beach though, it is still one of the prettiest in the island, and arguably in all of Thailand. 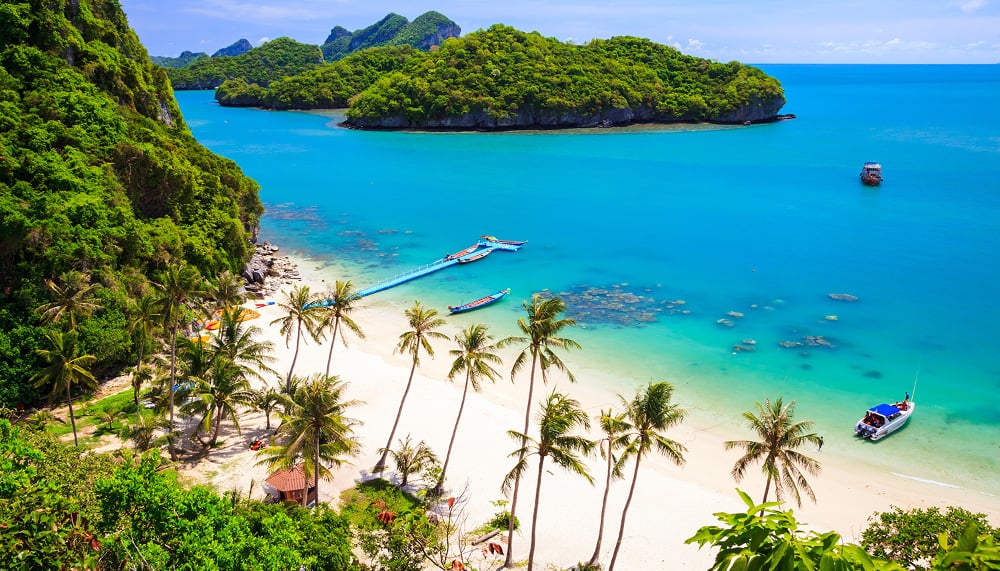 Those hoping to experience a little more culture while in Thailand can venture to Bo Phut beach, home to an old traditional fisherman’s village and a little more peaceful than the main tourist strip.

The more popular beaches in Thailand and its islands are often home to a host of activities to keep you occupied and active during your time in the self proclaimed “land of smiles”. In Phuket alone, travellers can try everything – from trying their hand at kitesurfing and wakeboarding classes, to trying sea kayaking around Phang Nga Bay.