There is no doubt that the Thai cuisine is one of the most flavoursome cuisines in the world. Proper, authentic Thai tastes so divine due to the perfect balance of spicy, sweet, sour and salty flavours

If you’ve ever been to a traditional Thai market, you will have the first-hand experience of the vibrant colours and interesting smells and shapes of the cooking ingredients. Thai people love their herbs and use exactly the right combination to guarantee the flavoursome Pad Thais and Green Curries Westerners are so incredibly fond of

There are many qualities that make Thai food both easily accessible and extremely sought after in the West. It is quick and easy to prepare, often quite healthy with lots of greens and vegetables and generally inexpensive to make.

But there is another reason why Thai food has been gaining so much popularity over the last two decades and it has little to do with flavour. The spread of Thai cuisine internationally was in fact officially pursued by the Thai Government, who have used a tactic known as gastrodiplomacy to export and promote their cuisine far and wide.

This culinary globalisation was made possible by securing funds for global exports of authentic Thai ingredients such as fish sauce and galangal root amongst others, but also sending trained Thai Chefs abroad to help open up new restaurants. This has been happening since the early 2000s and it has certainly achieved the goal of making Thai food one of the most popular cuisines worldwide.

Although everyone is familiar with ‘traditional’ Thai dishes like Phad Thai and Kaeng Khiao (green curry), not many people know that Thai dishes and flavours vary considerably from region to region. Thailand is broadly divided into four regions: Northern, North-eastern (also known as Isaan), Central and Southern. One of the key ingredients common to all these areas is, of course, the red chilli, which was in fact introduced to Thailand by the Portuguese traders in the 15th century.

The cuisine in the northern region is influenced by the palates of Laos and Myanmar, two countries that share a border with Thailand. Food is a lot less salty here due to infrequent use of nam pla, or fish sauce. Sour and bitter flavours are a lot more prominent and the rice is sticky and glutinous instead of Jasmin. Isaan’s cuisine is equally unique with pungent sauces and complex flavour layers and regularly features tasty edible insects.

The central region is where most westernised Thai food is inspired by and many well-known dishes originate here. The area has the largest production of Jasmine rice, a highly rated Thai export. Tom yum, the sweet and sour soup usually cooked with shrimp is a signature Central region dish and so are delicacies like som tam and the famous Phad Thai

Heading South, the flavours change as quickly as the landscape. Here expect to find intense flavours, vast amounts of nam pla and a large variety of fresh seafood that can be found in almost every corner.

Thai food has become extremely widespread and is, in fact, the most popular cuisine in the UK, owing to the delectable flavours of ingredients like holy basil, galangal and kra-chai

These exotic herbs can nowadays easily be found in western supermarkets or even online, and ingredients are regularly flown in directly from Thailand. Most Thai restaurants in the West do in fact use traditional spices and herbs, giving their dishes an authentic feel.

There are, however, some interesting differences too when it comes to Western Thai food-price obviously being one of them. A quick and delicious Pad Thai straight from a street vendor will set you back 40 Baht, the equivalent of £1, as opposed to £8-£10 that you pay in a medium range Western restaurant.

In Thailand, food is usually prepared on the spot with fresh ingredients such as fish, meat and vegetables purchased (or caught) that day as well as freshly made pastes and other spicy concoctions. This is not the case in most western Thai restaurants, where a lot of the ingredients are bought frozen.

Eating is such an enormous part of Thai culture that people greet each other by saying ‘Kin Khaw Ru Yang?’, literally meaning ‘have you eaten rice yet?. The vast majority of Thais buy their food from street vendors, often by the side of a busy road or outside 7/11. If they are ‘dining out’, food is put in the middle and shared by everyone. The ‘classier’ restaurants that do exist in Thailand cater predominantly for western tourists. 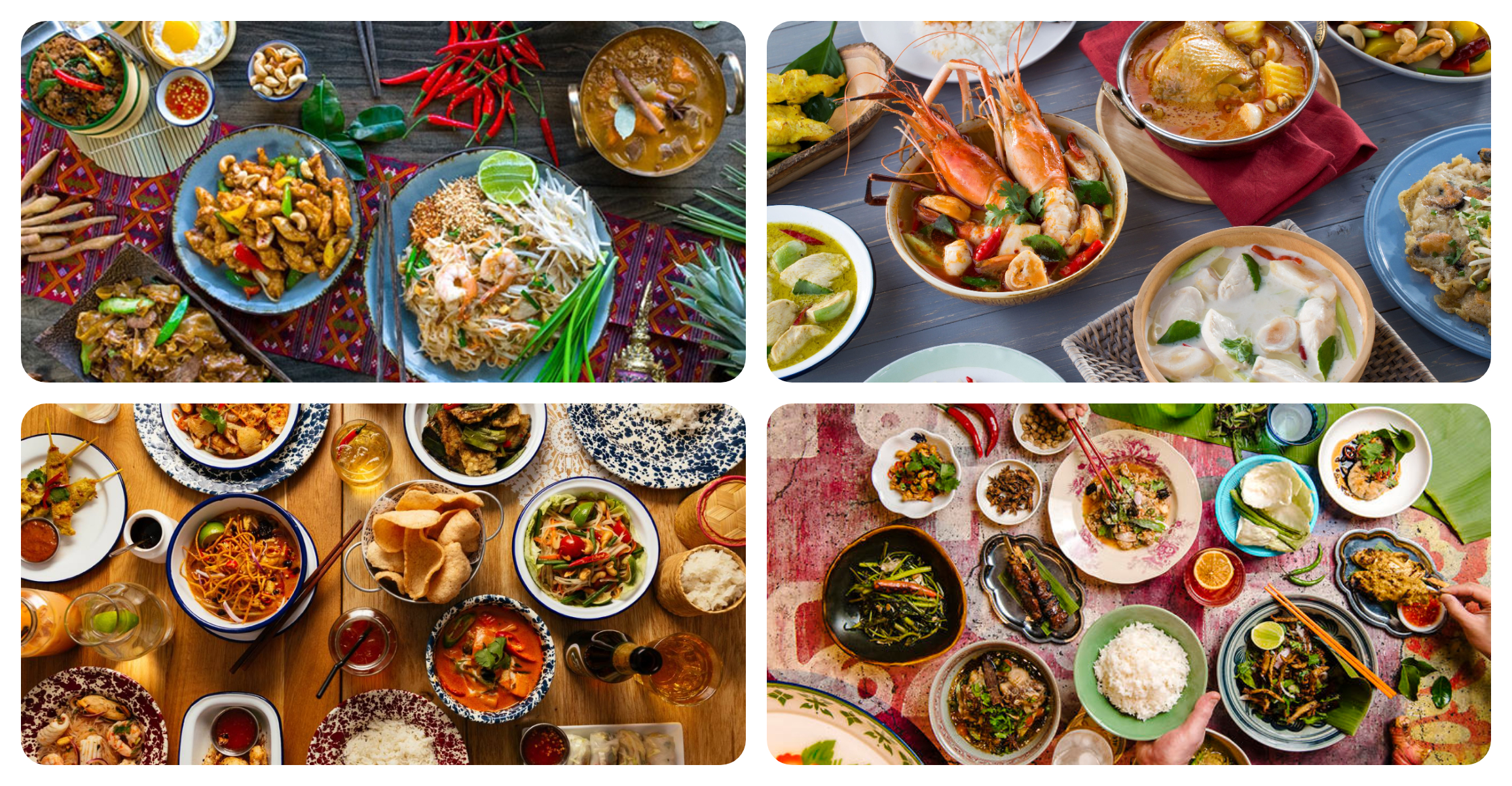