Three Foodie Spots You Have to Visit in Malta

Malta may be a small island nation, but the country’s position in the Mediterranean Sea means that it has a vibrant, multicultural food history. With traditions that come not only from neighbouring Italy – and in particular Sicily – but also the wider Mediterranean and the North of Africa, these traditions can be seen in many aspects of the republic’s cuisine today.

From the country’s national dish, a rabbit stew known as stuffat tal-fenek, to the famous pastizzi, a flaky filo-like pastry that comes with a variety of fillings both sweet and savoury, there’s plenty for food lovers to enjoy in Malta. While this abundance of history comes with a huge range of culinary choices, though, it can be hard for visitors to know where they should start. There are, however, a few spots in particular that foodies won’t want to miss out on. They include:

One of five restaurants in Malta that boasts a Michelin star, Noni is located in Valletta, Malta’s capital. Serving up traditional Maltese and Mediterranean dishes with a modern flair that incorporates French techniques, Noni has a focus on seasonal ingredients, making the most of the wonderful fresh crops that Maltese farmers grow.

First awarded a Michelin star in 2020, the restaurant also gives its patrons a fantastic opportunity to discover the flavours of the country in an accessible manner, thanks to its central location. Housed in a former bakery, Noni’s aesthetic is a balance of old and new, a sentiment that is reflected in the wonderful meals on offer.

A culinary tour of Malta would not be complete without a visit to one of the country’s markets, and the Ta’ Qali farmers’ market is a perfect choice. Held twice a week in the Ta’ Qali area, it takes place on Tuesdays and Saturdays. Selling wholly Maltese wares, this market is a great way to sample the very best of local food whilst also directly helping the farmers who produce it. 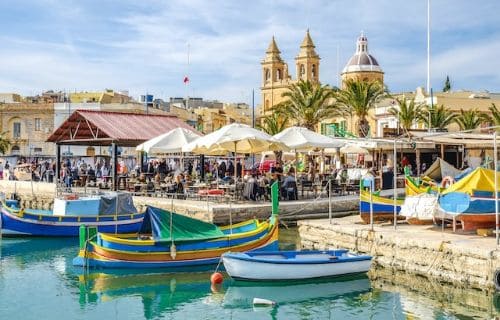 There are many delights on offer at the market, including but not limited to honey, bread, and fish, as well as more unique Maltese items like ġbejniet, a Maltese type of cheese made from sheep’s milk, and bigilla, a dip and spread made out of mashed fava beans.

Malta’s Mediterranean climate lends itself to the production of many delicacies, one of which is sea salt. The country’s production of sea salt has ancient roots stretching back thousands of years to the Phoenician and Roman times, and the industry remains an important part of Malta’s economy today. The Leli tal-Melh salt shop in Żebbuġ sells salt that the family directly harvests from salt pans in Xwejni, in a particular and traditional process that relies on having the perfect weather. 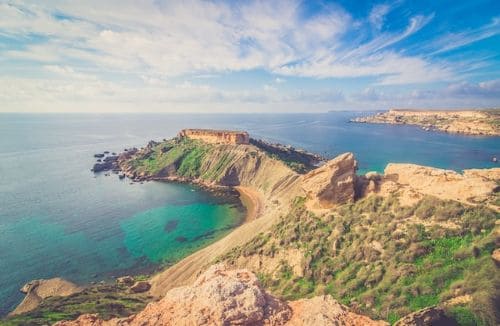 A visit to the shop provides amazing insight into the industry, as well as salt’s importance in Maltese cuisine, and gives foodies the chance to purchase some Maltese salt to enhance their own creations with.