Quito What to Expect

The capital and largest city in Ecuador, Quito is charming delight full of treats and wonders. Tucked away high in the Andes, it is the second tallest city in the entire world. Thanks to one of the largest and best-preserved colonial cores in Latin America, Ecuador’s capital was named the very first UNESCO World Heritage site.

The city of Quito, the cradle of Pre-Colombian cultures and an important witness of Spanish colonization maintains, for the time being unity and harmony in its urban structure despite centuries of urban development. One element of history that is dotted within the city are several historic churches are within old town each with their own distinct style. From the Plaza Grande, make your way to the 17th-century La Compania de Jesus. The church is completely covered in gold.

One thing you simply have to do when you visit Quito is ride the Quito cable car up 12,000 feet (4,000 meters) for unparalleled vantage points overlooking the city of Quito in all directions. On a clear day, you can see Cotopaxi and several other volcanoes surrounding the city.

Perhaps the biggest attraction in Quito is the chance to stand in the very middle of the world. For a measly fee, take a bus to the outskirts of Quito where you can visit the equator. Mitad del Mundo is a monument and museum marking the hemispheric divide. You can even have your passport stamped showing you’ve stood on the equator. If you rather keep it simple, organized tours bring groups to the monument and museum daily. 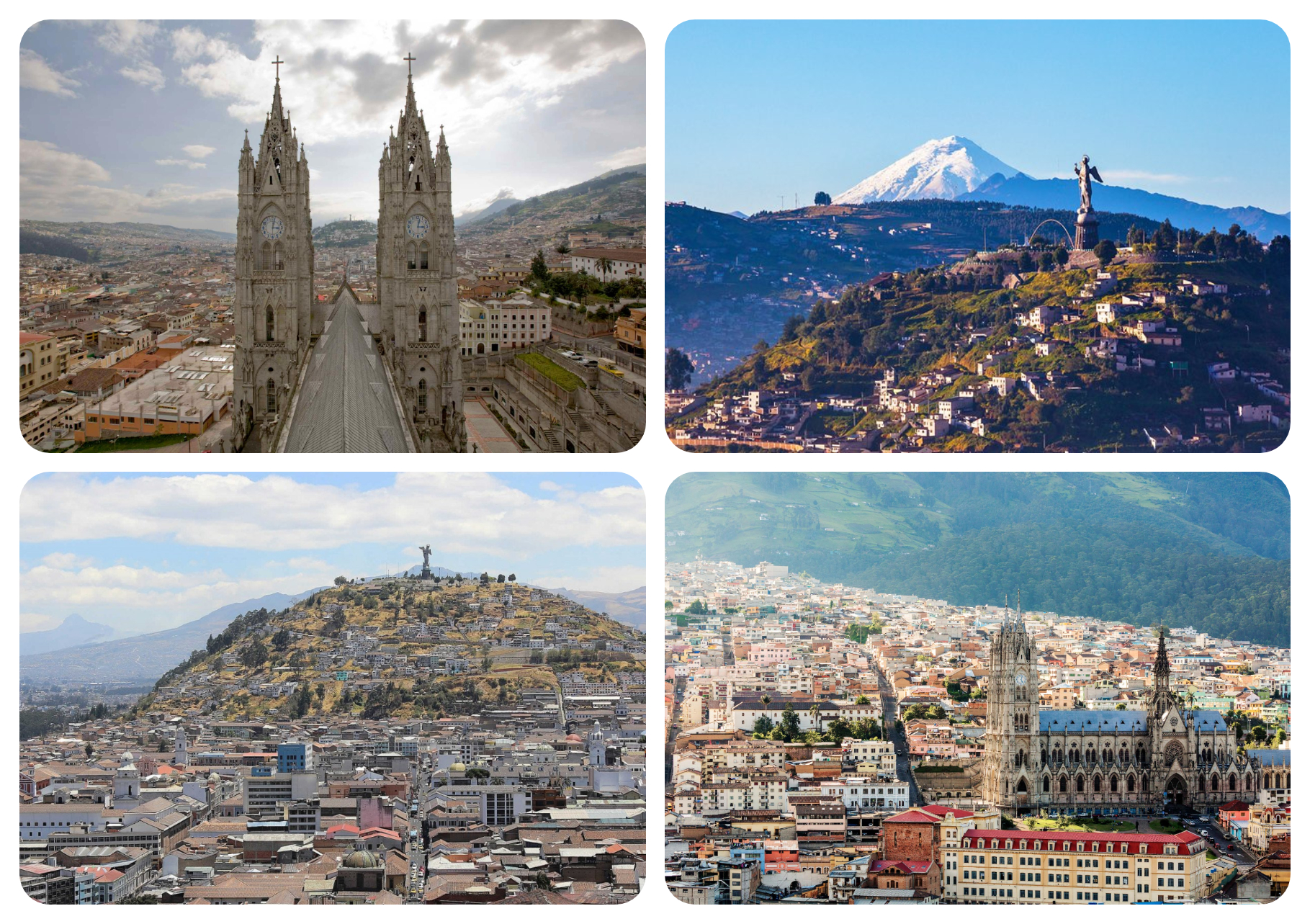