There is much more to travelling in Malaysia than simply venturing around the streets of the crowded capital of Kuala Lumpur. In fact, outside of the bright lights of KL, Penang and Genting are two captivating Malaysian travel destinations that have soared in popularity in recent years with the Malaysian tourism figures demonstrating that annual visitors are increasing year on year. With that considered, they are both at a stark contrast to each other and on opposite ends of the spectrum in terms of the travel experience they offer.

On one end of the spectrum, Penang is more traditional and historic, possessing a colonial past and lots of fascinating history to uncover. Genting on the other hand is an altogether more modern, cosmopolitan Asian city. A little time spent in both locations is the perfect choice for your Malaysia itinerary but if your time in the country is limited and you have to choose between the two, we’ve drawn up the travel highlights for each spot to help you decide where you should roam based on your personality and specific interests when you travel.

Often referred to as being the “pearl of the Orient”, Penang is adored by locals and tourists alike, especially for its miles and miles of undisturbed sandy white beaches and its rich local food culture. For a little rest and relaxation, be sure to venture over to Batu Ferringhi or Tanjung Bungah – both seaside beach resorts where life moves a little slower and one can enjoy a glass of Malaysian Kopitiam as the sunsets over the horizon. These two locations are referred to time and again as being among the best beaches in Penang.

Of course, no visit to the self-proclaimed food capital of Malaysia would be complete without taking the time to dabble in the local street food delicacies. Take your taste buds on an adventure to one of the many local hawker’s centres, or the much-loved Cecil Street Market to try “only in Malaysia” style dishes such as Penang Assam Laksa (spicy fish noodle soup) or Lor Bak (deep fried pork served with braised sauce). For an insight into the culture, religion and history of multicultural Penang, be sure to take the time to visit the many Hindu temples, churches and mosques that are scattered throughout the city.

Genting Highlands is quite a juxtaposition of a city. For one thing, as its name suggests, it is located in the Highlands. In other words, Genting is situated atop a picturesque range of hills that would not look out of place in an Avatar movie. One only has to venture a short distance out of the city limits to be met with stunning nature, peace and tranquillity. Genting itself however, is the exact opposite of peace and tranquillity. In fact, Genting is everything that you would expect from a metropolitan Asian city and more. 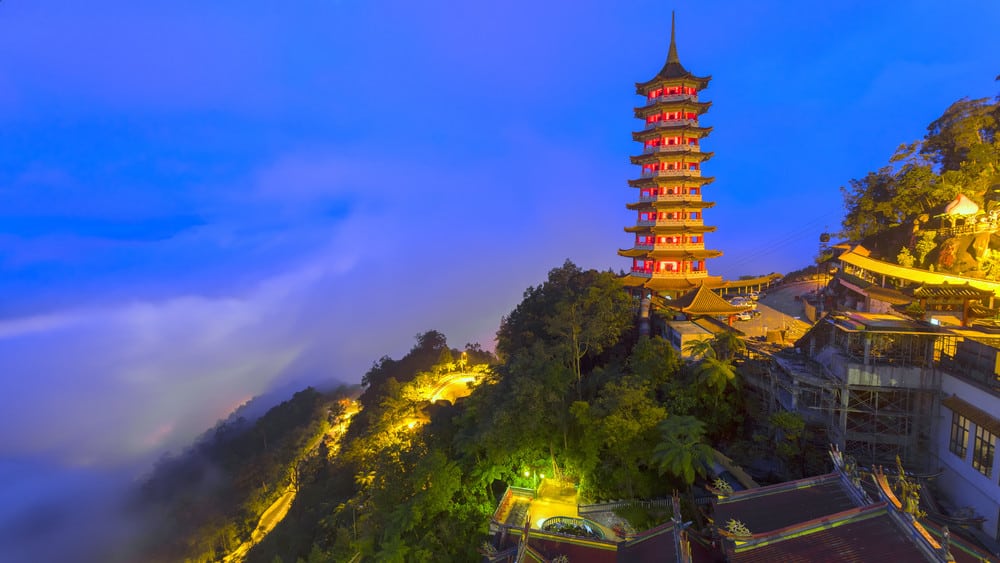 Enshrouded in a buzz of neon lights, Genting is a place of razzle-dazzle and luxury resorts. Think the Las Vegas of the East if you will. Filled with entertainment complexes, amusement parks, quirky themed bars, malls and casinos that are open 24 hours a day, Genting is the place to come to party. Arguably you are not going to immerse yourself in the typical Malaysian culture here, but Genting Highlands can be a fun place to unwind during your travels, or to see how locals and people from other parts of Asia like to kick back and enjoy life after a stressful week at the office.

Penang may be a travel paradise for an introvert or a culture vulture, whereas Genting is perhaps more suited to the night owl traveller. Whatever you like to do when you are overseas, arguably it is worth visiting as many places as you can in each foreign country that you venture to in order to gain a “full picture” of the country and its people.