Brooklyn has transformed its reputation in the last 20 years. As New York City’s most populous borough, it has a vibrancy and urgency that is infectious. It’s a hotbed of culture, art, music, and food—and it’s no surprise that its residents are proud to live there. Gastronomes will find some of the city’s best bars and restaurants scattered throughout the borough, while dozens of art galleries and music venues showcase the works of Brooklyn’s many creatives.

The most talked about bridge in the United States, and certainly New York’s most popular bridge, the Brooklyn Bridge connects Manhattan’s City Hall area with Brooklyn. Beautiful, often photographed, and offering an expansive view of the Manhattan skyline, NY Harbor and the Statue of Liberty, as well as other bridges, it’s an icon of New York City.

With spinning thrills, games of skill, treats on the boardwalk, the Atlantic ocean and the horizon beyond, Coney Island is the end of the earth; the place where dreamers come together to share in the best moments, the high hills of the roller coaster ride called life.

If you think all the great museums in NYC are in Manhattan, think again. Brooklyn’s got its fair share of interesting museums, starting of course with the large, beautiful Brooklyn Museum. Known equally for its historic collections (for instance, Egyptian and American period rooms) as for its occasionally edgy shows, the Brooklyn Museum is a vibrant place that’s well worth a visit. 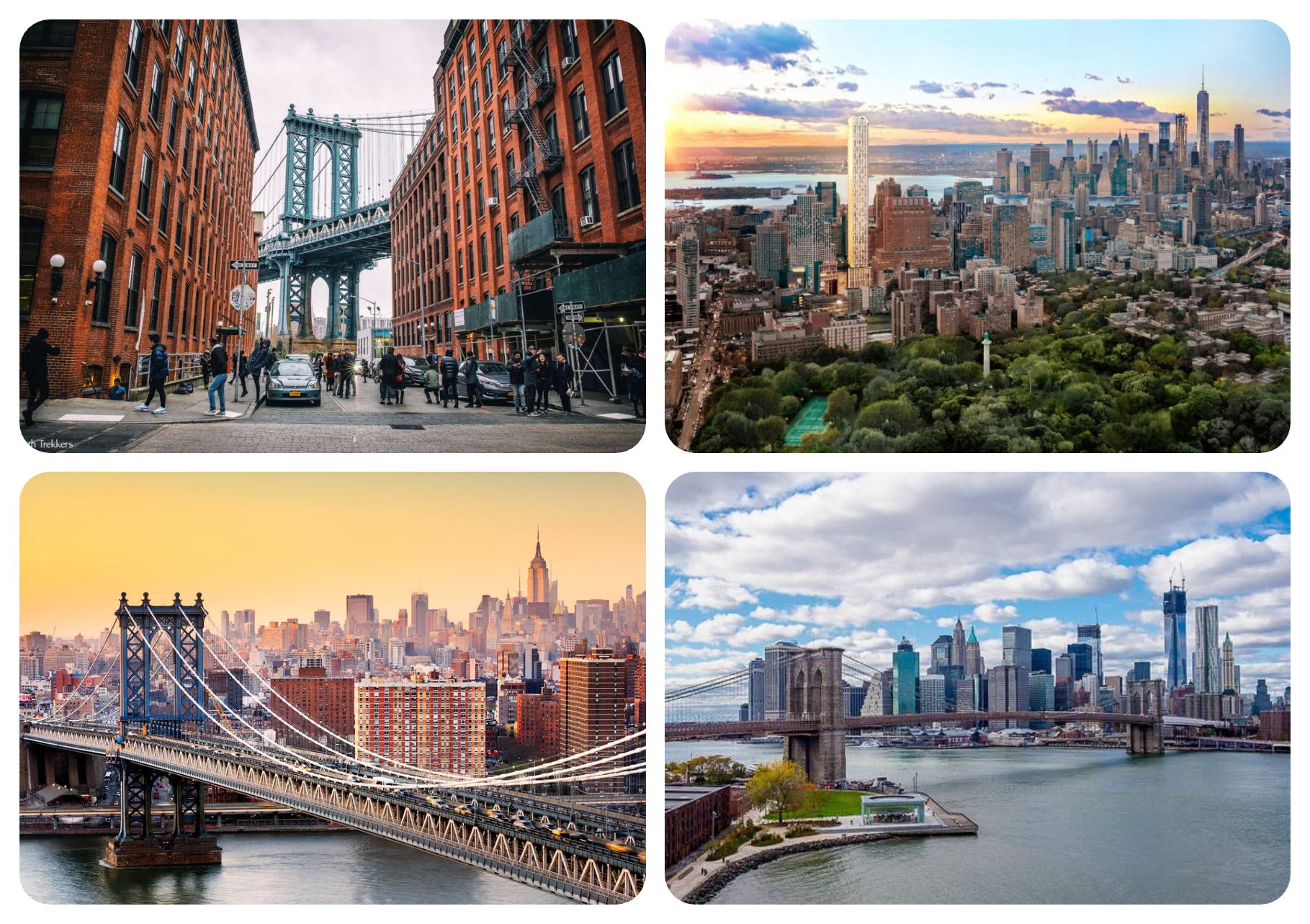