Mexican cuisine is thought to combine influences from original Mayan and Aztec Indians and Spanish conquistadors and further inspired by Caribbean and South American aromas. It is full of rich, intense flavours and bright colours. Originally, the main staple diet consisted of chilli peppers, corn and beans but the Spanish invaders introduced livestock, dairy products, tomatoes as well as new and exciting herbs and spices. Because of its tropical climate (Mexico sits right on the tropic of Cancer), the country is known for its immensely varied biodiversity. Mexican dishes vary greatly from region to region and the country is responsible for some of the world’s most famous foods: salsa, nachos and tacos.

Chillies are of course still one of the most widely used ingredients in Mexican cooking and there is a huge variety of colours and flavours used throughout the country. They can be cooked, pickled, pureed and are oftentimes eaten raw. They are versatile and regularly used in combination with other ingredients such as coriander and cumin to add an extra kick to particular dishes.

Beans are extremely popular around the country and are often served with every meal. Pinto beans and black beans are the two most popular varieties and can be used in soups and as fillings in the various tortilla wraps

Mexican Tortilla (not to be confused with the Spanish omelette!) literally means ‘round cake’ and is a type of round flatbread traditionally made of corn. Wheat did not arrive in Mexico until after the Spanish conquest and even nowadays, corn tortillas are preferred to flour ones, which are still hard to get in Southern Mexico. Burritos, enchiladas and tacos are different types of fillings all wrapped inside a tortilla.

Salsa is as old as the Aztecs and had been widely used as a condiment to go with main dishes. The word simply means ‘sauce’. There are countless recipes that vary widely in flavour but the main ingredients usually are fresh tomatoes, onion, jalapenos, garlic, lime and salt.

A very popular dish across Mexico is Huevo Rancheros, a hearty breakfast that consists of fried or poached eggs wrapped up in tortilla and was historically served to rural country workers. It is topped with salsa and accompanied by refried beans, guacamole and even spicy sausage.

A delicious soup that is thought to have been used for ritual offering in Ancient times, this is Mexico’s take on the traditional stew. It is often made with pork, hominy and garlic and a combination of spices, topped up with avocado and lime. Nowadays you can find plenty of other varieties including vegetarian versions.

Many people think that the very popular refried beans often found on top of a plate of nachos, are actually beans that have been fried twice. This is not the case. Refritos actually translates to well fried and refers to a method of cooking the beans that definitely doesn’t involve re-frying them! 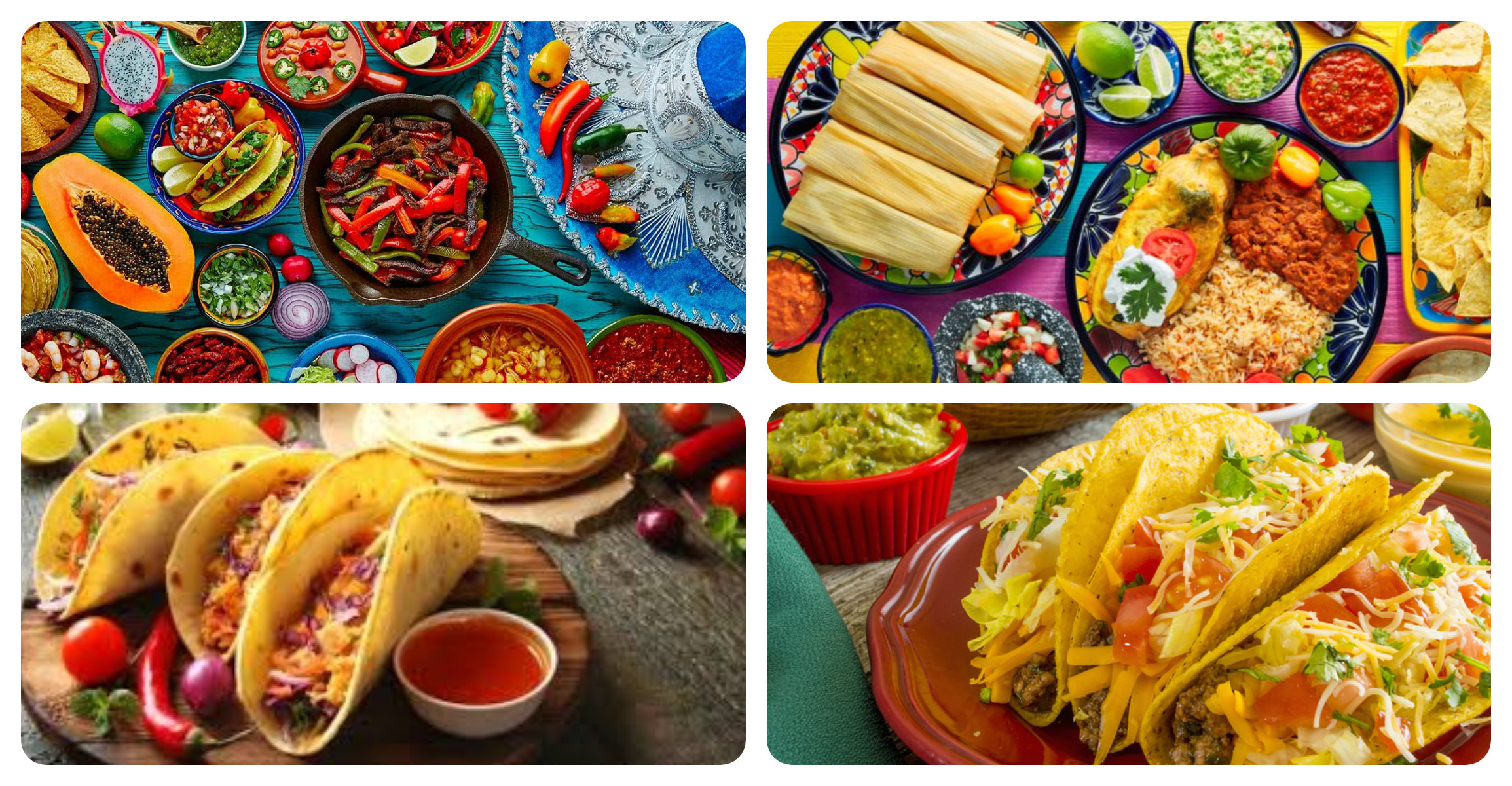