Las Vegas is famous world over for its glitz and glam, which has permeated popular culture through appearances in many films, music videos and TV shows. It’s Sin City – an oasis of glittering lights in the desert, home of the Strip and the drive-in wedding chapel, playground of the Mob, and a visual spectacle complete with its own Eiffel Tower, Egyptian pyramids, and Venetian canals. Welcome to Las Vegas. From its defining neon to retro art that covers the downtown area to its museums that showcase much of its history, the city demands an exploration through some of its greatest achievements, and most certainly, most shiny.

The best place to go to see this side of Vegas, is downtown. The quintessential urban field trip showcasing spectacular neon, legendary casinos, larger than life personalities, Vegas in the movies, the Mob, new urban lounges, fire sculptures, deep fried Twinkies, and an Elvis on every block. Well, almost. We stroll into the new “hip and cool” Fremont East neighborhood, an entertainment shopping district, featuring a giant Praying Mantis fire sculpture from the Burning Man Festival– topped off with a complimentary cocktail at the historic El Cortez Casino Hotel of Bugsy Siegel fame.

Go and see where Vegas began as a dusty rail road stop which still stands today; check out Glitter Gulch, famed for its neon signs; pause at the original red-light district that locals know as Block 16; see the city’s oldest pawn shop (not Pawn Stars!); and you will run into that famous cowboy sign, Vegas Vic, a Mascot of Downtown. Then step into famed casinos that are like living history museums. You’ll see that Fremont is a zany street always in performance with the world’s largest video screen, and a bunch of quirky street buskers, some flare bartenders, and the aerial zip line tourists. Along the way, see some hidden gems, go off the beaten track, note some famous movie locations – all part of the personality of Downtown, End the tour in the “what’s new” of Downtown, an emerging arts, retail and festival district, with a hipster vibe – all topped off with a complimentary cocktail at the historic El Cortez, of Bugsy Siegel fame. 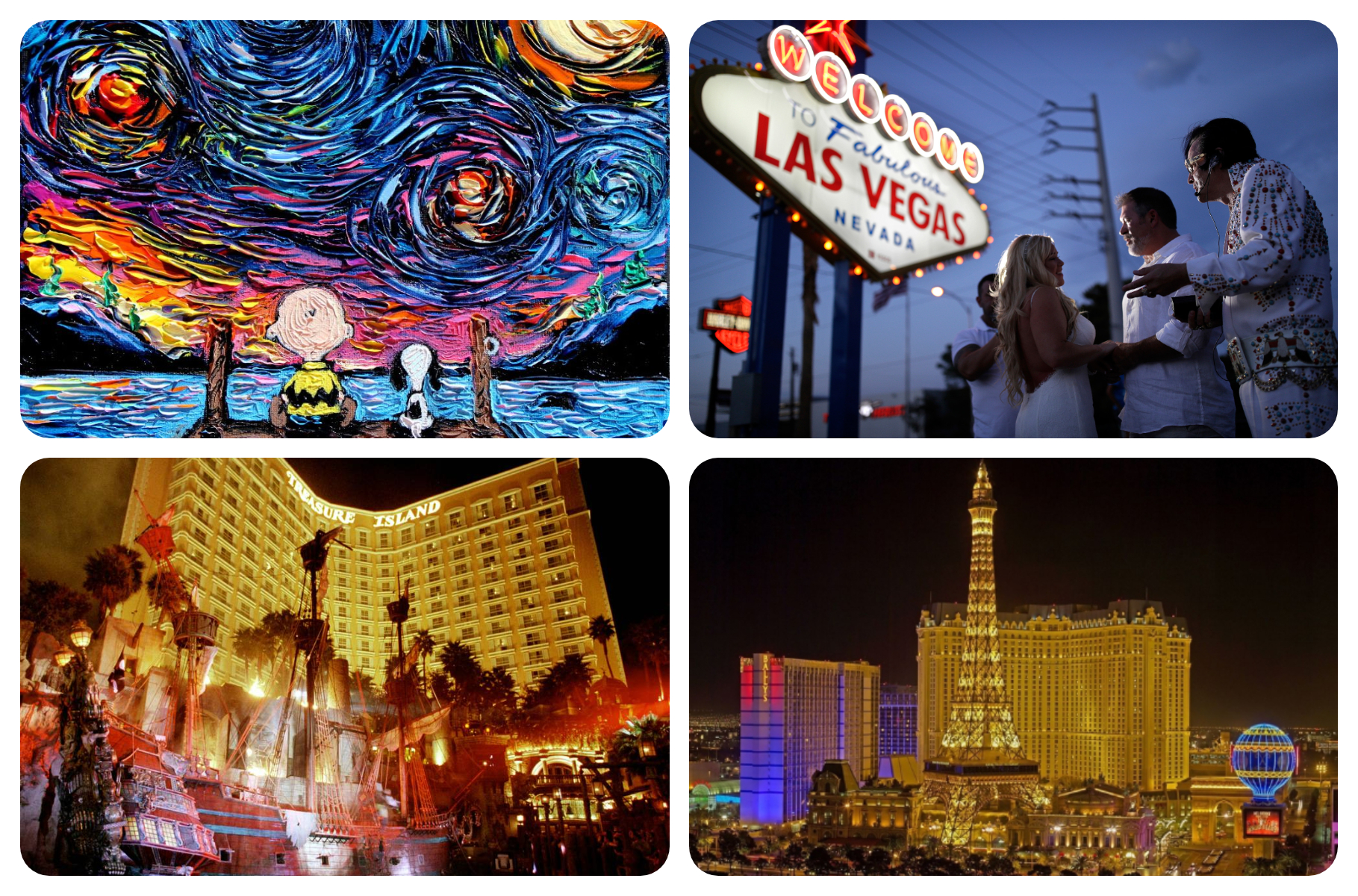