Ghana is known as the ‘golden child’ of West Africa. This is due to its successful democratic constitution and steadily growing economy. The country first began establishing trade with Europeans in the 15th century when it was known as The Golden Coast because the abundance of gold that was found on its land.

After a lengthy period of colonisation by the British, the country declared independence in 1957 and named itself Ghana, literally meaning “Warrior King’.

Ghana’s population is multi-ethnic and rounds up to nearly 31 million people, the vast majority being Christian of various denominations. English is widely spoken across the country, as are many different languages and dialects. 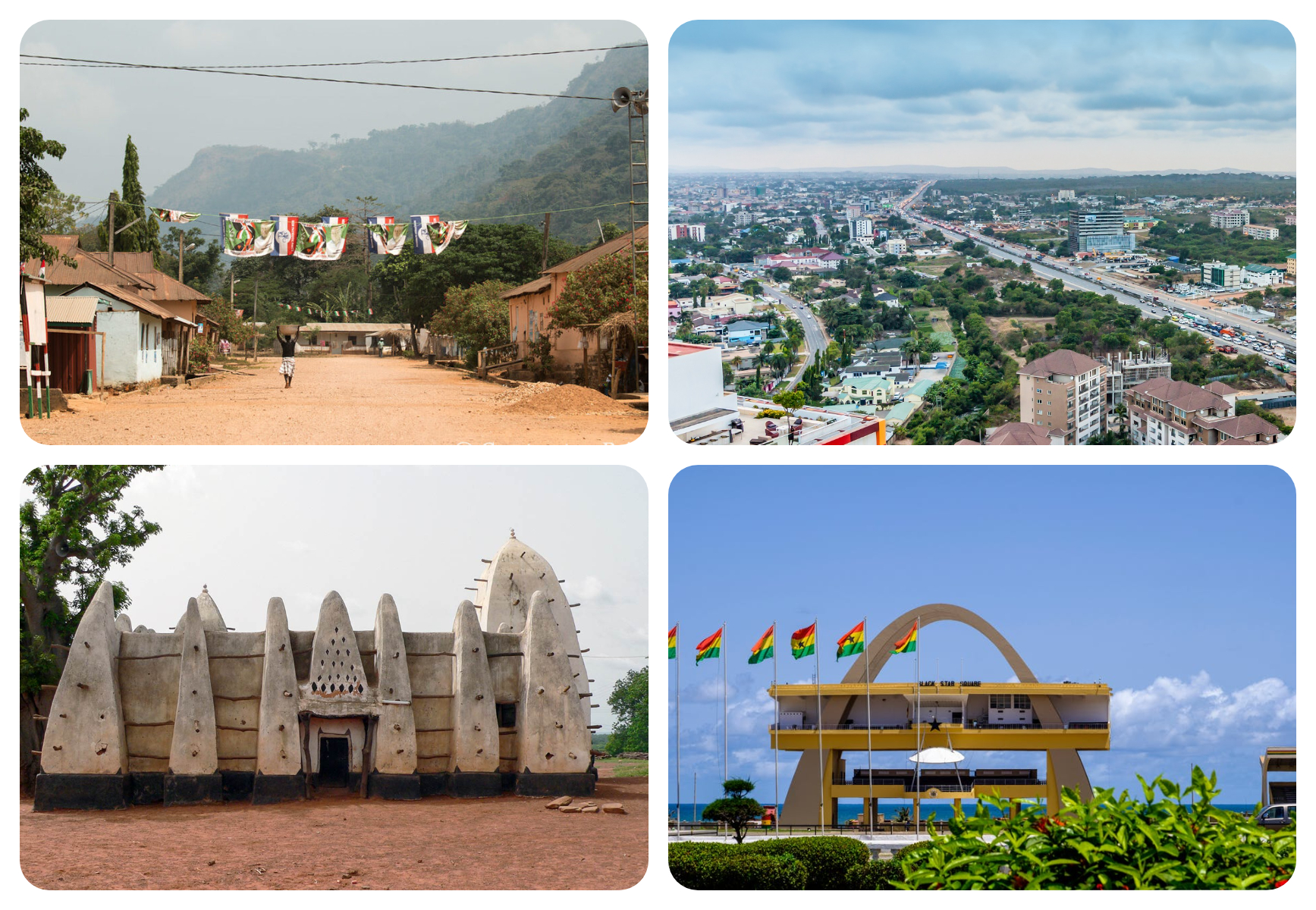 One of the most stable countries of West Africa, Ghana is a popular tourist destination. Situated right on the coast of the Gulf of Guinea, Ghana’s tropical climate means there is warm weather all year round. The country has an incredibly diverse wildlife and multiple national parks and gardens filled with exotic flora. It also boasts many miles of white sandy beaches.

In a 2011 Forbes survey, Ghana was ranked the friendliest country in all of Africa and the 11th friendliest country worldwide. This is largely due to the vivacious, colourful energy of its people and the cultural diversity of this beautiful country. It is very common for complete strangers to greet you in the street and there is a widespread ‘sharing is caring’ attitude that extends to foreigners or ‘oburani’, as they are amicably known.