Alberta, the largest of Canada’s three prairie provinces, contains a large portion of the Rocky Mountains and most tourism to the province centers around visiting the beautiful parks that surround them. The province’s two main cities, Calgary and Edmonton, are Canada’s largest outside the Toronto-Montreal-Vancouver axis, though they’re much less popular as tourist destinations. The larger city, Calgary, is generally acknowledged to contain more to see and do, though Edmonton contains a few famous attractions, as well.

The most iconic tourist destination in Alberta — and possibly the entire country — is the beautiful Banff National Park and its emerald-green Lake Louise. Containing over 6,000 square kilometers of unspoiled Rocky Mountain scenery, Canada’s most popular outdoor resort is home to virtually every activity you could imagine, with over 1,000 km of hiking trails, a dozen campgrounds, numerous ski hills, a 27-hole golf course, three hot springs, and a wild river (the Kicking Horse) that’s ideal for white water rafting. There are no shortages of shops, hotels, and restaurants in the village of Banff Town, which is usually packed with tourists. 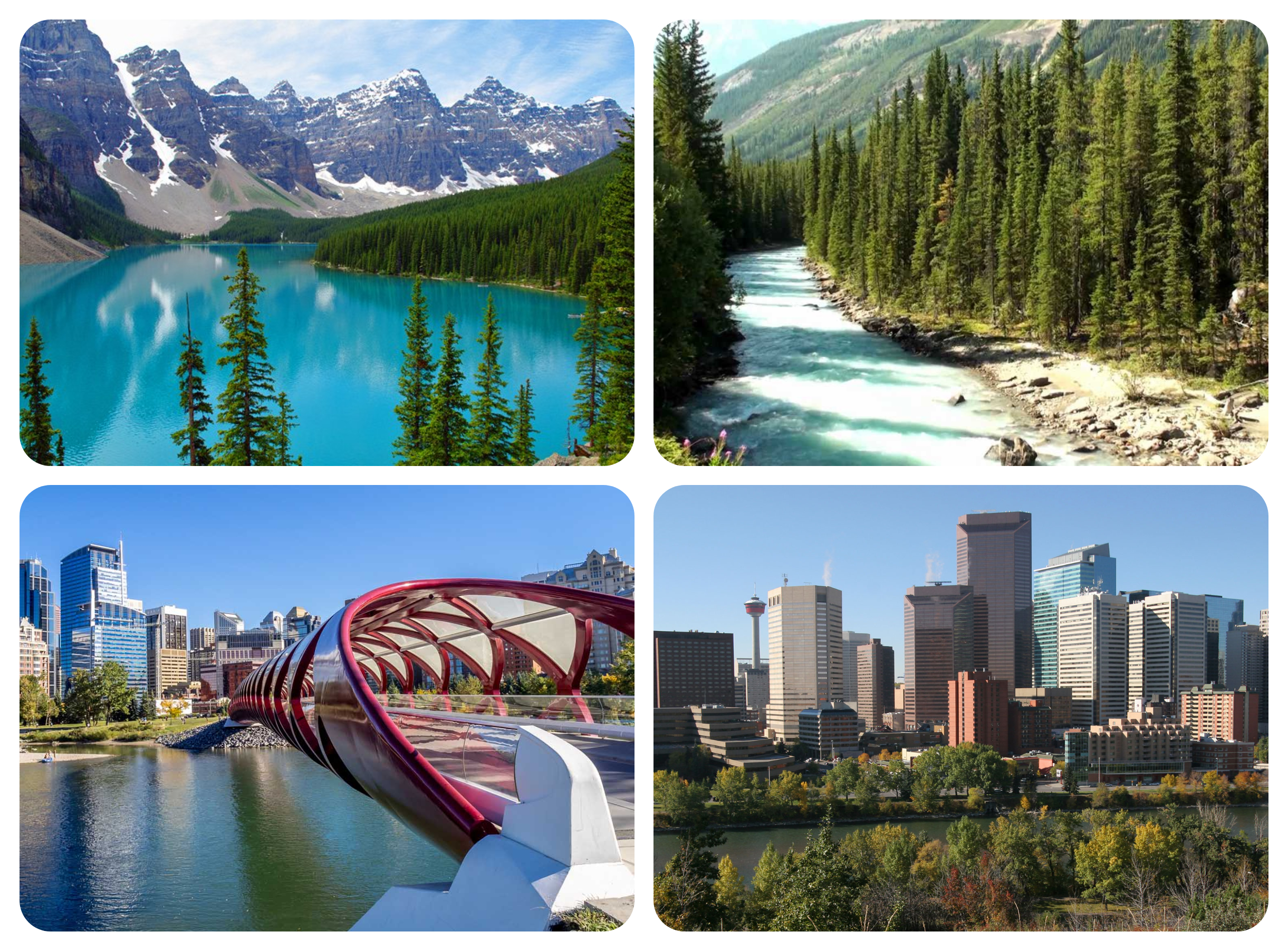 Calgary is split in half by the Bow River, which has a pleasant coastline for walking and in the summer is popular for “floating” — what locals call riding in inner tubes. The river is crossed by multiple bridges, with the recently-completed Peace Bridge the most architecturally interesting. The 160 meter tall Calgary Tower is the city’s most famous landmark, and like most buildings of its sort, it contains a rotating restaurant and observation deck at the top.