Beirut is the vibrant, exciting and modern capital of Lebanon. The city is made up of several districts each with their own unique character, soul and energy. The people are friendly and love welcoming travellers to their city, the nightlife is amongst the best in the Middle East.

Getting in and Getting Around

Beirut Rafik Hariri International Airport is the countries only international airport and the hub for national carrier Middle East Airlines which is well connected to most major European and Middle Eastern Cities. The other way in is through bus via Damascus although that may not be advised in the current political climate.

Getting around Beirut is easy enough, the bus services are extensive and well connected. There is also a shared taxi option called the service, which acts like a Dolmbus you find in Turkey. Taxis operate as normal as does Uber.

Walking is a great way to get around, explore and the get a feel of the city. Keep in mind this isn’t always an option as some pavements are in poor condition and cars regularly park on the pavement making it difficult to pass.

Things to do and See

Beirut is steeped in history and architectural marvels. The city was once proclaimed “Paris of the Middle East” and it certainly carries that same charm and outdoor café culture. In fact, we recommend you sit down for a café to simply take in the city.

If you want to get up off your feet, then take a stroll on Hamra street. This is one of the main streets of Beirut. Great for a spot of shopping, a tour of the American University, to photograph the architecture and enjoy some Mezze.

As with most Middle Eastern cities Beirut is home to many beautiful mosques, the most popular of these is the Mohammed al-Amin mosque. This mosque was completed in 2008 and is quite simply stunning. The exterior has a lovely blue dome and the interior is artistically decorated using lovely Islamic calligraphy.

With over 30 shipwrecks, canyons, caves, plentiful marine life and 10 sunny months, it’s no surprise Beirut is considered a scuba divers paradise. There are several dive centres around the city serving everyone from beginners to diving experts.

Alcohol is readily available in Beirut and so unlike a lot of other middle eastern cities the nightlife scene here is vibrant. If you’re in town the two places to check out are Uruguay street in the downtown district and the Mar Mikhael neighbourhood. Al Hamra street also has a few nice bars and pubs.

Lebanese cuisine is a special blend of Arab, Turkish and Mediterranean influences. It has a global reputation for its diversity, taste and health benefits. The best way to experience this is through a Lebanese mezze, an elaborate variety of hot and cold dishes served in small plates, not too dissimilar to Tapas. A typical mezze consists of tabboule, fattouch, salads, hummus, falafel, moutabal, sambousseks, stuffed vine leaves and Lebanese pitta. There is so much more, and each establishment may have their own slight variation.

Despite the recent difficult facing the city, Beirut is very much still a force on the tourism scene. This bustling city has always and will always be ready to welcome travellers. 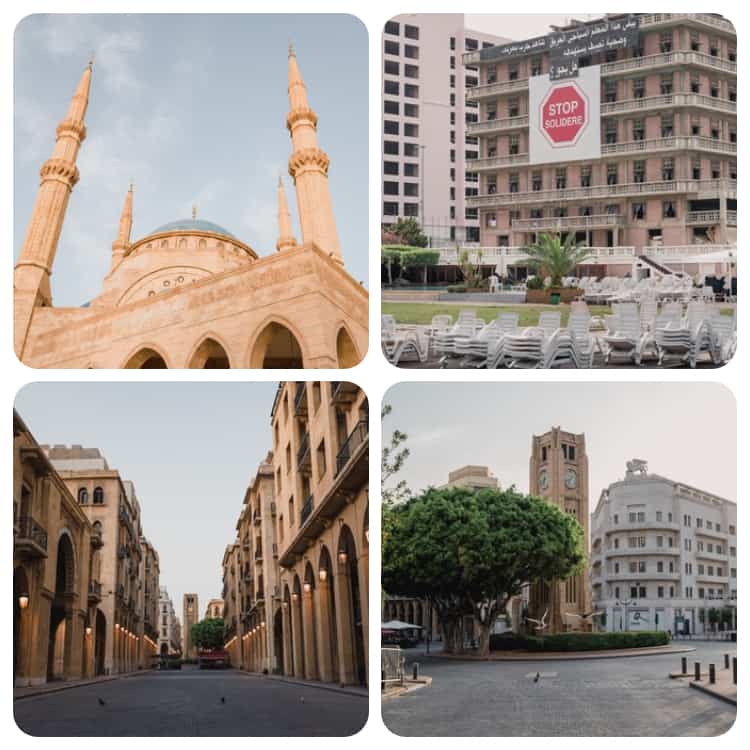