The cultural mix that has shaped Europe left us with a rich culture that can be experienced in its major cities. And each of these cities has a unique history, reflected in its architecture, museums, educational institutions, and more. For those who want to steep themselves into cultural history, here are 10 European cities that are a traveler’s “must.”

This city is more than 2,000 years old and reflects the mix of Christian and Muslim religion’s influence at different times in its history. And if you are more interested in modern history, you should know that Barcelona played a major role in the life and creativity of 19th-century architect, Antoni Gaudi. His most famous building, the Sagrada Familia, is definitely worth visiting. It was not finished prior to the architect’s death so others have taken up the construction since. It is estimated that it will be completed until 2046. And for now, you can indulge in watching how a creative thought of Antoni Gaudi has been followed-up by his talented successors.

For those having more interest in earlier architecture and culture, the Gothic Quarter dates back to Medieval times, and is filled with cathedrals, plazas, and museums, as well as residential and business streets. 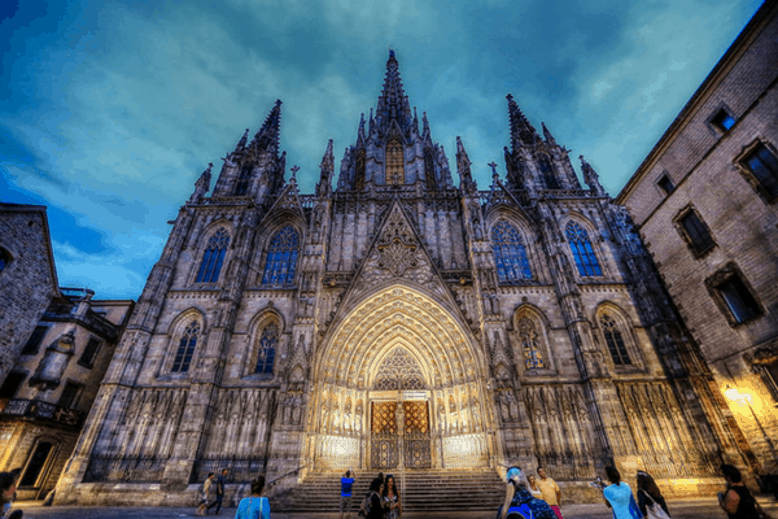 You would not want to miss the many buildings that reflect Muslim influence during that period of domination, such as La Monumental. 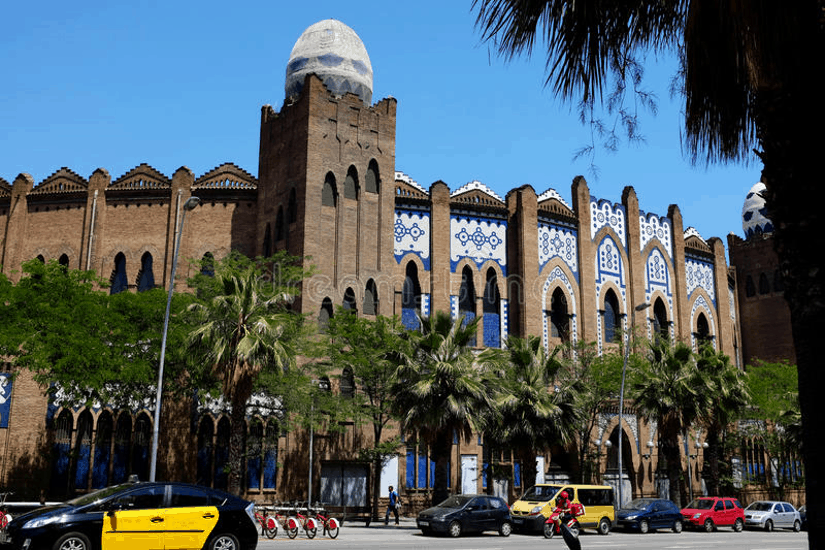 Another visit not to miss is the Museu d’Historia de Catalunya, a museum that traces the city history.

And, of course, Barcelona was a favorite “stomping grounds” of Pablo Picasso, and you will find a museum dedicated to his work to the city benefit as well.

Lest anyone thinks that Barcelona is only valuable for its history, it should be noted that Facebook, Amazon, Nestle, and a number of others have set up shop in in this city, due to its high technological expertise. This has given rise to language translation services. If, in fact, you are considering to expand your business to Spain, Barcelona is definitely a hub, and you can find a Spanish translation company to meet your needs at Pick Writers.

Here is a wonderland of ancient, medieval, and modern history, from the Colosseum (almost 2000 years old) to Vatican City, the center of the Roman Catholic Church, and much in between.

The legend is that Rome was founded in 753 B.C., by twin brothers, but no one knows how this city came to be and progressed to become one of the most influential spots in European history.

The Colosseum reflects the secular history of Rome – a huge amphitheater that seated 55,000 persons. Just standing inside this structure is awe-inspiring.

Vatican City is the site of the Pantheon, St Peter’s Basilica, and the many museums, some of which date back to the early 1500s. Obviously, no one will want to miss the Sistine Chapel, which contains the most famous work of Michelangelo. 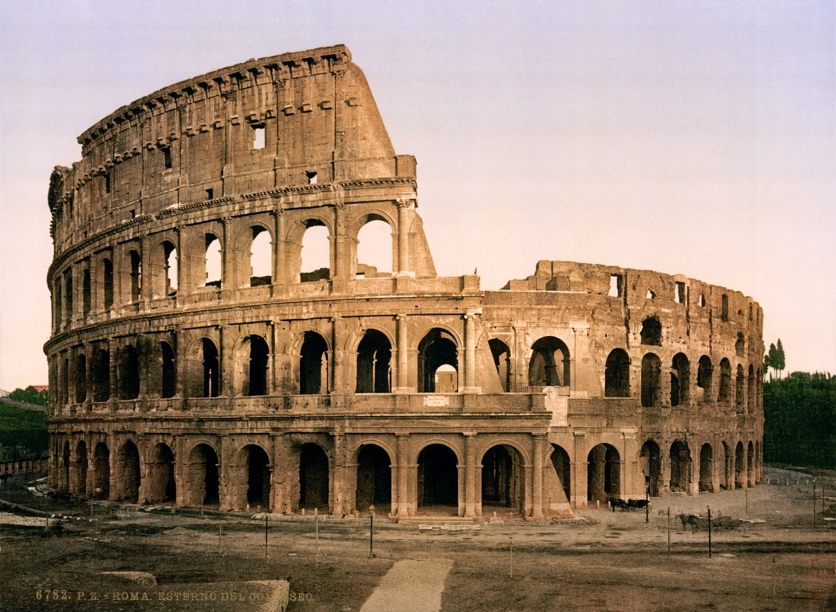 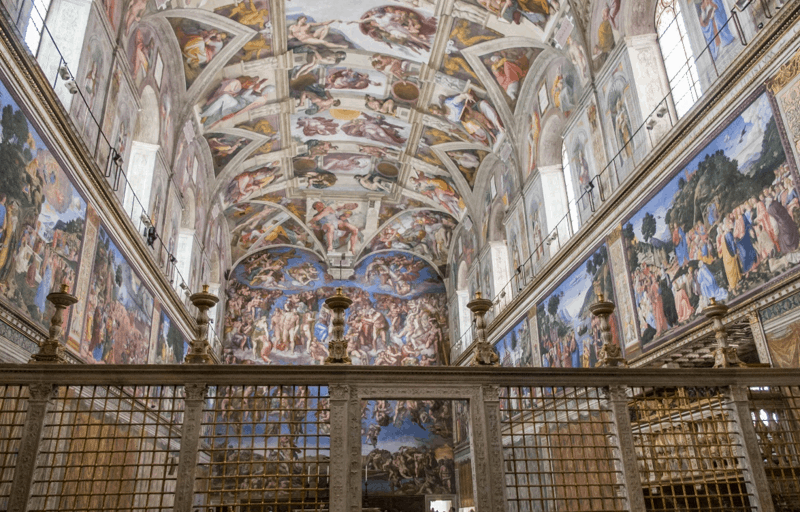 While Berlin has a rich history, including music and other arts, politics, military prowess, the huge draw of Berlin is its more recent history. The city is now filled with museums and memorials from Nazi rule through the Cold War (1933–1990).

Several historical places stand out: The Topography of Terror and The Jewish Museum, the Holocaust Memorial, and, of course, the Berlin Wall, built by the Soviet Union to separate its section of the city from those of the other Allies. Most of Berlin was destroyed by bombings during WWII, but it was rebuilt with both its fortunate and unfortunate history contained in a specific district called “Museum Island.” 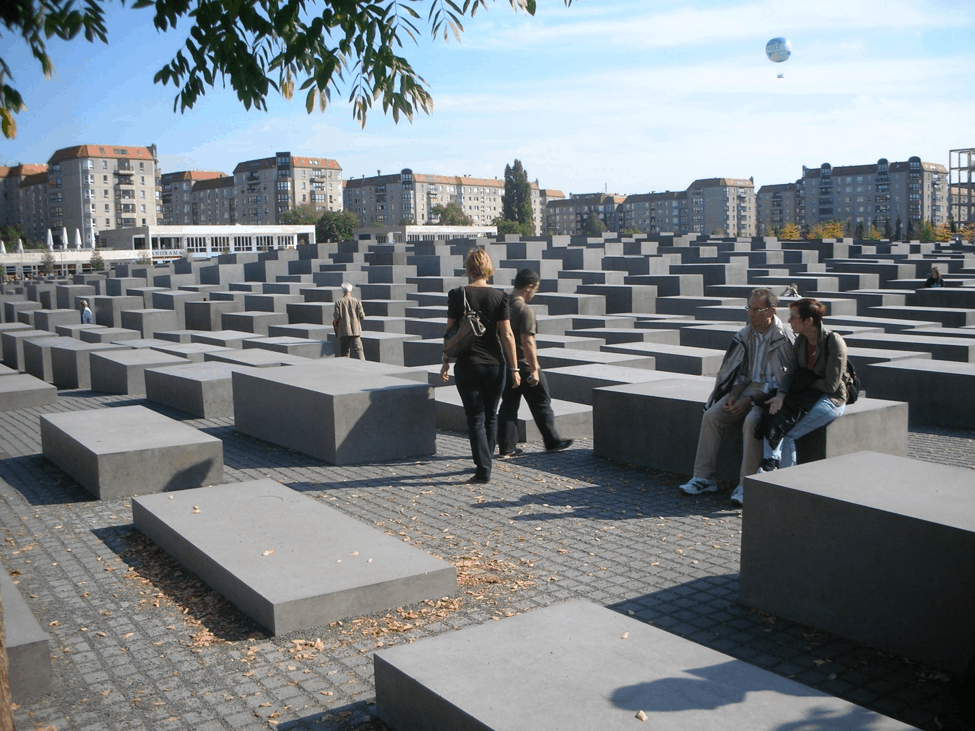 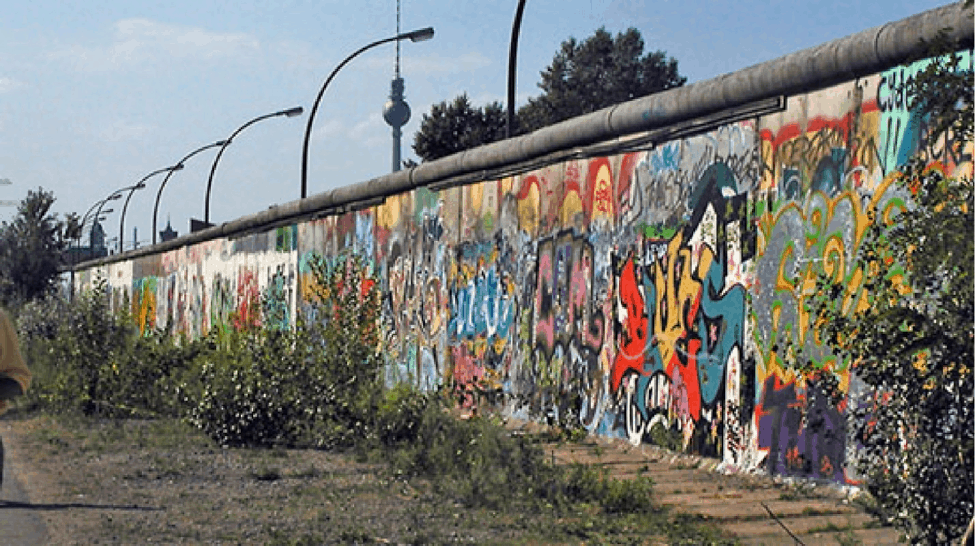 This is one of the oldest cities in the world, and the oldest one in Europe, dating back to the 5th century BC. Much of the culture and architecture is related to Greek Mythology (e.g., The Acropolis and the Parthenon Temple within), and a visitor can just imagine Socrates, Aristotle, and Plato engaged in discourse on the city streets. The Acropolis is actually one of the few fully intact structures remaining, and a perfect example of Doric architecture. But ruins are scattered throughout the city waiting for ancient history buffs to explore. 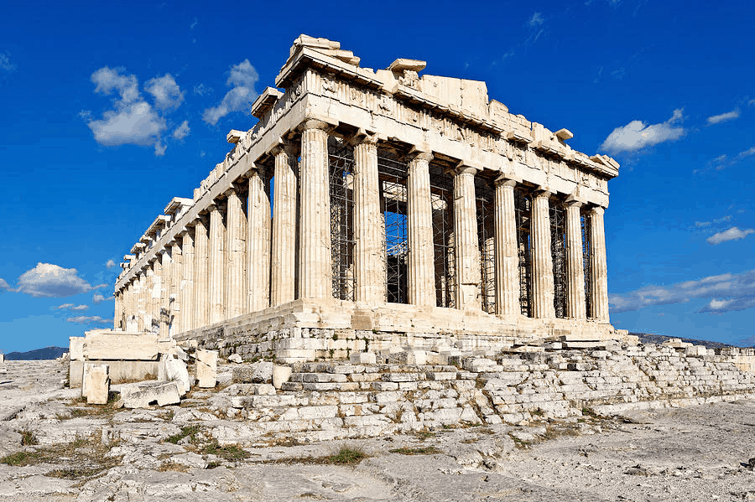 What a treasure trove of history, especially of the monarchy: Buckingham Palace, the Tower of London, Hampton Court Palace, and Westminster Abbey. There is also the Natural History Museum full of archaeological displays along with several other museums that provide political, cultural, and military histories.

In terms of art and artifacts, the Victoria and Albert Museum is the largest of its type in the world. It was named after Queen Victoria and Prince Albert and houses well over 2 million objects. 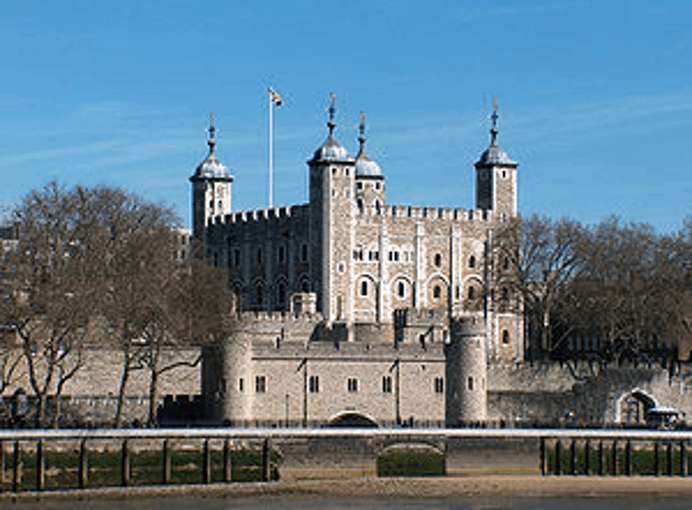 The Tower of London source

Often described as the cultural capital of the world. A visitor could spend weeks in Paris, discovering its political, cultural, and history story. Consider that the city history spans from Joan of Arc in the mid-1400’s, through the Renaissance, the reign of kings and queens, both good and bad, a bloody and democratic revolution, empire building, the reign of Napoleon, involvement in the American Revolution, the fall of its colonial empire, and two world wars.

But beyond all of this is the art. From Le Louvre, to the Musee des Archives, and many other museums, any art buff will find something to absorb.

What a history Russia has. And St. Petersburg is the center of this history. It was the palatial homes of Tsars and other nobility. Just think of some of the more famous ones – Peter the Great, Catherine the Great, Ivan the Terrible, and, of course, Nicolas and Alexandra who, along with their children, were executed by the Bolsheviks.

In terms of museums, there are more than 250, all featuring art and artifacts from the rich cultural history and heritage of this fascinating country.

But St. Petersburg is more than history. It is filled with amazing architecture, the grandeur of old, and canals. A visit to the State Hermitage Museum will reveal about 3 million separate items of Russian art, spread out in 360 rooms.

The historic center of Prague is composed of three districts – Hradcany, Mala Strana, and Stare Mesto. Walking through these districts will provide a complete picture of the architectural history of this amazing country. Begin at Prague Castle, a structure of several buildings, many of which are museums. Another famous structure is the Astronomical Clock – it strikes every hour, as the zodiac signs circle around. Another site not to miss is the Charles Bridge with its statues, and certainly stop to rub the toes of the St. John statue – the legend is it brings luck.

Another district to see is the Josefov, with its history of the city’s Jewish population. 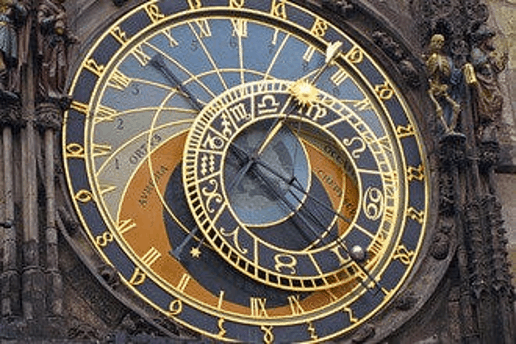 Budapest is filled with beautiful historical buildings and landmarks, many of which are located along the bank of the famous Danube River. Historic landmarks that no one should miss include The Citadel, Gellert Hill, Fisherman’s Bastion, and the Old City Walls which once encircled the historic city of Pest, as a defensive structure again Mogol attack.

Also of interest is the Great Synagogue, which is the most important Jewish landmark in all of Hungary, seating up to 3000 people. It was heavily damaged with WW II bombings but has been rebuilt. 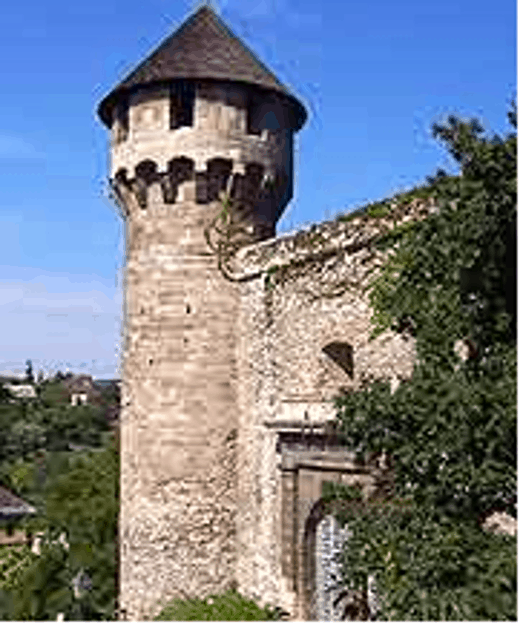 This city is commonly dubbed the “bridge” between the East and West. In fact, throughout its long life, it has been under the control of a number of “empires” and the country does actually straddle Europe and Asia.

Because of its unique story, Istanbul is a place of lots of political, religious, cultural, and architectural contrasts.

Among the key historic attractions are the Sultan Ahmet Mosque (Blue Mosque) and the Hagia Sophia (a Greek Orthodox Church which was turned into a Mosque after 1,000 years, and then a museum in 1935). It was originally constructed in 537 AD.

Another site not to miss is the Topkapi Palace, the residence of a series of Sultans after the Ottomans seized the land in 1537.

Next major tourist spot is Galata Mevlevi Dervish Lodge, dedicated to the culture of dervishes. The Galata Tower, located close by, was built in 1348 and originally named the “Tower of Christ,” before the Ottoman takeover. It was used to observe the entire city area and locate fires before they went out of control. There are also underground cisterns which pre-date the Ottomans – beautiful rooms of which the Basilica is the most ornate and famous.

A short boat ride from the city is a group of islands (Princes’ Islands), the site for exiled princes and sultans’ families. Cars are prohibited, and visitors can fully enjoy the experience of life in ancient times. There are also lots of old churches.

Finally, a visitor cannot miss the Grand Bazaar, one of the oldest covered markets still in existence (built in the 15th century). 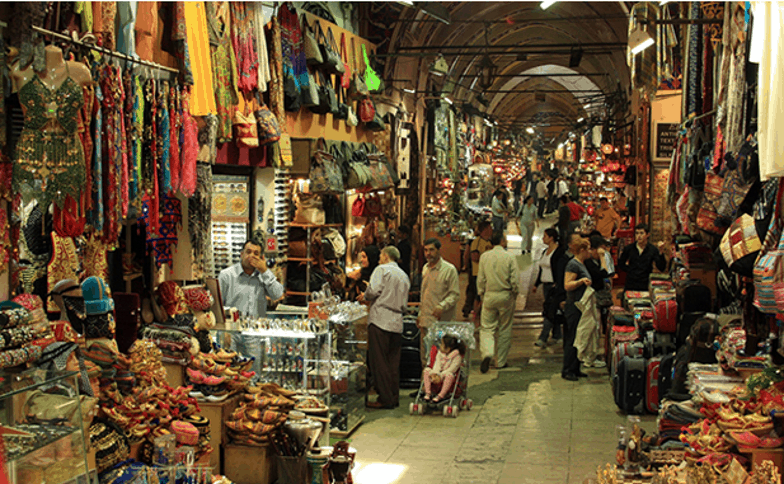 Throughout the rest of Istanbul, a history buff will find churches and museums with Byzantine and Ottoman art.

There you have it: 10 European cities that provide the history buff with amazing experiences and a real look into what once was. Obviously, seeing them all will take several trips, but the more fun it is to put them on your travel list and check them off, one-by-one.