The Middle East is home to some truly special capitals such as Abu Dhabi, Doha, Beirut and Amman but one city that certainly shouldn’t be discounted from your holiday plans is the capital of Saudi Arabia, Riyadh.

Riyadh is one of the wealthiest cities in the world and a true hidden gem. Even within Saudi Arabia the bulk of the tourist numbers are to the more glamorous coastal city of Jeddah, historic city of Tabuk and religious pilgrimage to Mecca & Medina.

So, it is understandable as to why Riyadh is often overlooked however we have put together a short guide for those ready to make the journey.

Getting in and Getting Around

King Khalid International Airport is located about 35 kilometres north of Riyadh and is well served internationally. The airport is architecturally stunning, modern and less crowded than some of the others in the country.

Trains and buses are options if travelling from some of the other big Saudi Arabian cities. Saudi Arabia has an extensive road network so self-driving to Riyadh is a real possibility from neighbouring Jordan, Iraq, Kuwait, Bahrain, United Arab Emirates and Oman. Due to diplomatic reasons its currently not possible to do this from Qatar.

Public transport in Riyadh is severely underdeveloped and the city isn’t pedestrian friendly, so the best way to get around is by taxi. The white taxis are available in abundance and both Uber & Careem car are good options.

Things to do and See

The most popular attraction in all of Riyadh is the stunning Al Masmak Fort. Located in the heart of old Riyadh this was the fortress stormed by king Abdul Aziz and his men during the conquest of Riyadh in 1902. It was rebuilt in 2008 and is now also home to a museum.

Located near the Al Masmak fort is the Deerah Souq. A brilliant bazaar to pick up some souvenirs such as gold, silver, antiques, carpets, shawls and so much more. Like with a visit to any souq be prepared to haggle.

The national museum is a remarkable place to get an understanding of Saudi Arabi and its people. The museum is divided into 8 distinct and interesting halls each with their own vast display of antiques, manuscripts, miniatures and artefacts.

For an authentic dining experience head on over to Najd village where you can sit on floor mats in a very traditional Arabian setting. You’ll be encouraged to eat with your hands as the locals do.

Kabsa, the national dish, is made up of rice with meat and vegetables is worth trying. Shawarma in Riyadh is as good as anywhere in the Middle East. For dessert you must try the dates, they are amongst some of the best in the world.

As tourism has grown in Riyadh so has the number of hotels. You can find excellent brand name properties, expansive business hotels and a variety of local independent establishments. We recommend the brilliant Casablanca Hotel, a two-time Travel and Hospitality award winner.

All things considered, Riyadh is a growing city, while not ready for mass tourism it does offer the allure of an undiscovered touristic gem that is still in touch with its traditional roots. However, with work having begun on the Crown Prince’s vision for 2030, this status won’t last long. Riyadh will eventually make the step up to compete on the global tourism scene. 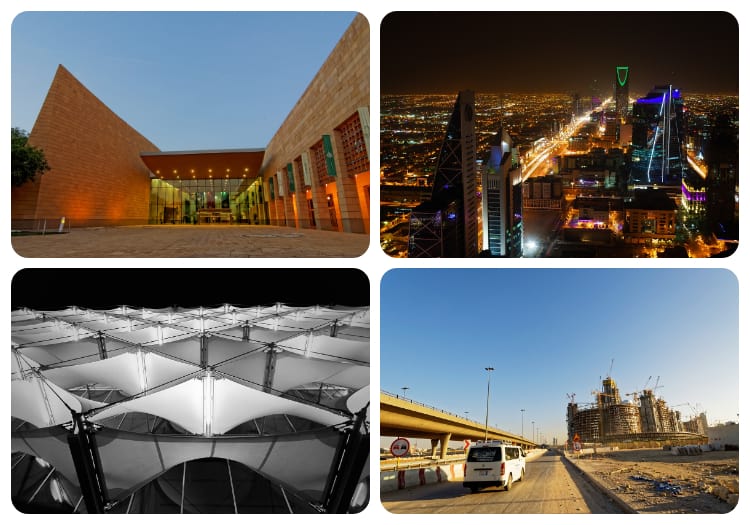