June saw the passing of one of the most notable figures in the travel industry: loveable rogue Anthony Bourdain. As the world mourned, people across the globe felt as though they had lost a friend. Bourdain is often cited as the reason that many people felt inspired to get out and travel outside of their comfort zone. He had his favourite cities, which he presented to the world in all of their glory. One of those was the eccentric, neon clad city of Tokyo.

With so much of the world to discover, Bourdain rarely visited the same city over and again, however Tokyo was one exception to that and he made frequent trips to the vibrant Japanese capital. “I’m endlessly fascinated” he had stated. “I’ve been many times and it’s still thrilling”.
Indeed, Tokyo offers a unique juxtaposition between modern culture and ancient oriental traditions. Exploring one neighbourhood can see you surrounded by shrines and zen Buddhist temples that date back thousands of years. The next, they have been engulfed by towering modern skyscrapers and contemporary art installations. A traveller could spend months wandering the streets of Tokyo and still depart feeling that they haven’t had the opportunity to explore everything. 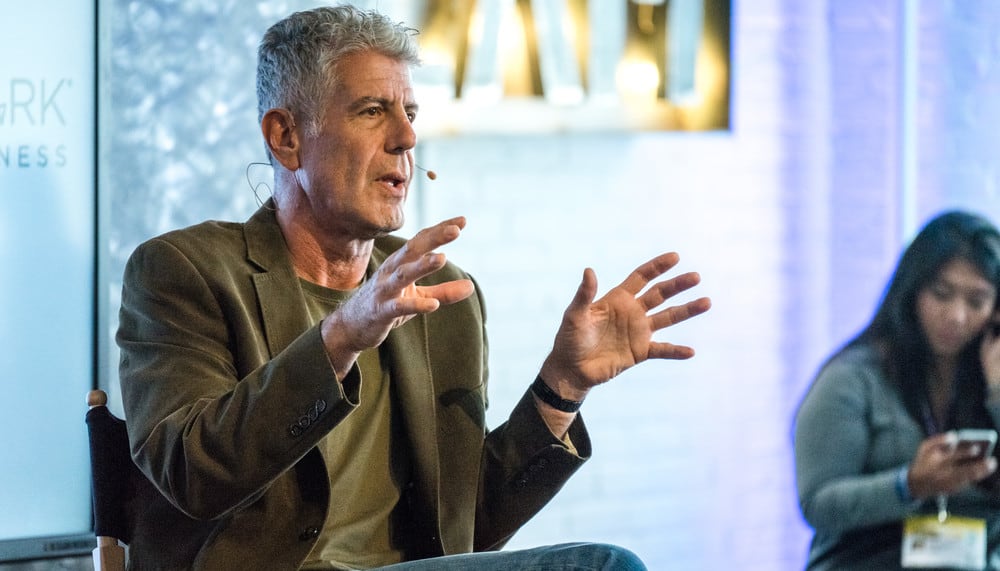 First time visitors should look to gain an insight into Tokyo’s history by visiting the Meiji shrine and the temple at Asakusa. In order to avoid the crowds, go early in the morning while the tourist hordes are still sleeping. One of Tokyo’s highlights is undoubtedly its various neighbourhoods – each with their own unique, quirky personalities. Fashion hub Harajuku is the place to go for people watching and exploring the kooky independent boutiques. For the ultimate cultural immersion, explore Ryogoku – the “Sumo” district of Tokyo where if you are lucky, you can catch a sumo fight or an early morning training session. Here, the ramshackle wooden houses make you feel that you have been transported to a different city entirely. When the sun begins to set, head to Shinjuku or Shibuya for an evening tipple or two at one of the city’s rooftop bars.

One thing is for certain, Tokyo is quite unlike anywhere else in the world and it’s understandable why Bourdain fell in love with it. Be prepared to stand out “like a big goofy foreigner” as Bourdain himself had stated. Since afterall, the culture here is quite unlike anything we are used to. There is sadness in that this article is written for Bourdain posthumously, however his legacy will live on and he will continue to motivate people to travel after his passing.