The picturesque city Nikko is located 120 km north of Tokyo. This is a popular spot for tourists and also amongst Japanese holidaymakers, who are looking for a weekend escape from Tokyo’s crazy, fast paced lifestyle. Nikko has an eventful history, with many UNESCO World Heritage sites, and an outstanding natural landscape with mountains surrounding the whole area and waterfalls draining into Lake Chuzenji. 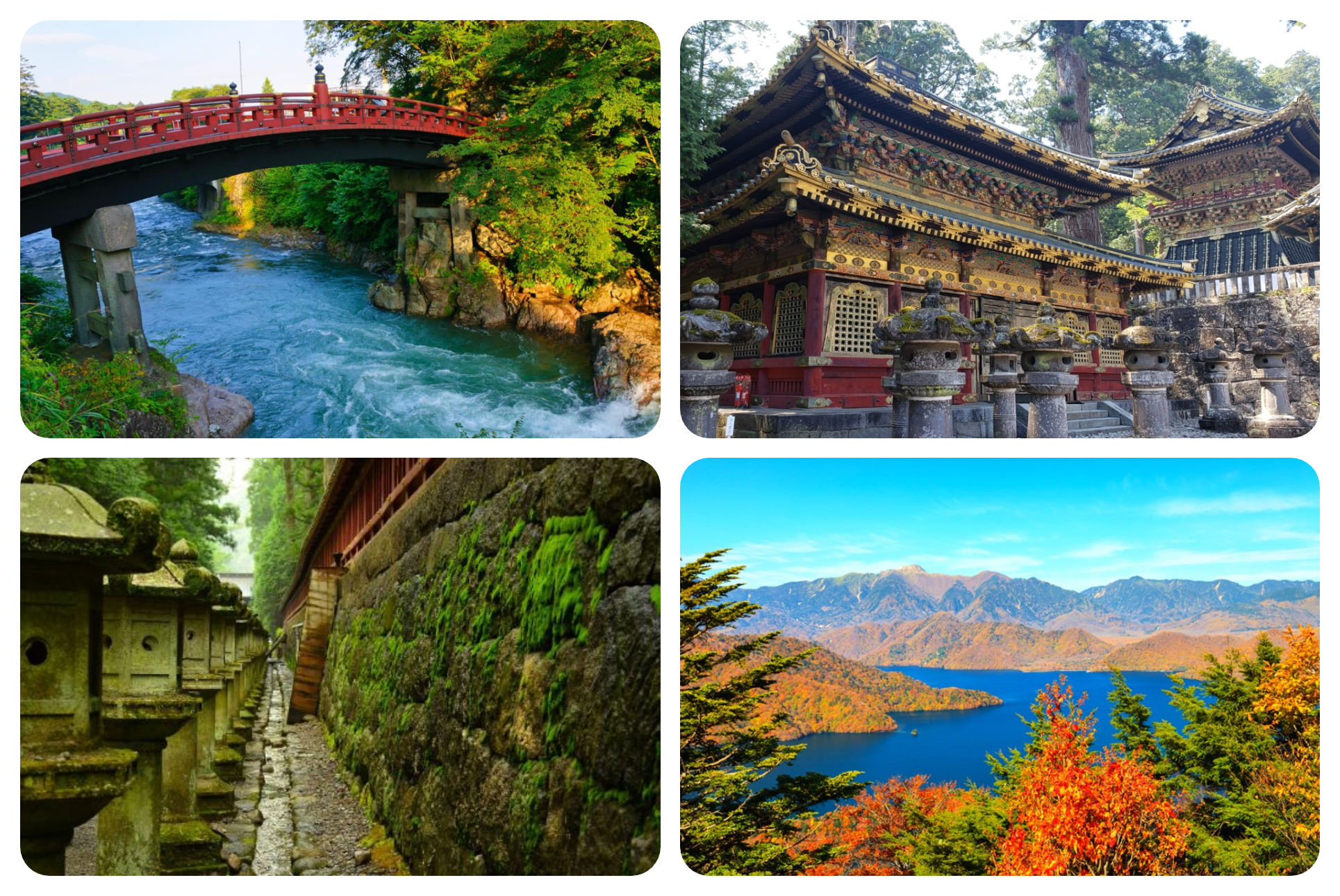 Nikko’s three most famous sights are Toshogu Shrine, Futarasan Shrine and Rinnoji Temple, all of which can be entered with the convenient ¥1,000 Nikko Pass. One of the most popular is Tosho-gu, the grandiose, Chinese-inspired burial place of 17th century shogun supreme Ieyasu Tokugawa. With its red corridors, and a staggering 2.5 million sheets of gold leaf and intricate carvings on every inch of its vast surface area, this is decadence personified. This building is a complete juxtaposition of the modest, austere style of most Japanese temples and shrines. Climbing the 200 stairs to Ieyasu’s tomb will cost you an extra ¥520, but it’s worth it to see where the great unifier of Japan rests in peace.

Other touristy must sees include The Sacred Stable you will have to fight amongst other site seers to snap a picture of the three iconic monkeys acting out the famous “hear no evil, speak no evil, see no evil” mantra. You do not just have to go and see the most famous temples and shrines, there are a heap of other smaller, quieter ones that are just as majestic and often the journey to them, tucked away in the mountains is the fun part seeing them.