Although one might not necessarily associate Morocco with winemaking, prior to it becoming an Islamic nation in the 7th century, the country had a history of wine production that predated the Roman Era. Following the French colonisation in the 19th century and Spanish influence in the beginning of the 20th century, Morocco began to take wine production more seriously.

Under the influence of two successive Kings, foreign investment in production has increased considerably and in the last two decades or so, Moroccan wine has been building a strong international following. It is currently the second biggest producer of wine in the Arab nations, after Algeria.

Despite Morocco being a very hot country, the majority of vineyards are located in the foothills of the Atlas Mountains and so majorly benefit from the breeze of the nearby ocean. The climate here is relatively stable and this helps the production of balanced wines.

Three quarters of the wines made here are red and traditionally the grapes belonged to the Carignan, Cinsaut and Grenache variety. More recently, improver varieties such as Merlot, Syrah and Cabernet Sauvignon have joined the production. Approximately 20% of wine produced here is Rose and Vin Gris and there is only a minuscule amount of white wine production.

There are 5 main wine regions in Morocco: the East, Meknès/Fès region, the Northern Plain, Rabat/Casablanca region and El-Jadida region. Within these regions there are 14 Appellation d’Origine Garantie (AOG) areas. Some of the most common appellations include Guerrouane and Beni MTtir in the Meknes religion, which in fact account for approximately 65% of Moroccan wine production.

Château Roslane in Meknès is a favourite with wine connoisseurs.   It spreads over 700 hectares of vineyards, gorgeous bio gardens with fountains and a seating area and it contains a huge wine cellar. Make a reservation for an unforgettable experience of lunch with wine pairing and a tour of the vineyard and herb garden. There are excellent varieties of bold, superbly oaked and fruity red wines. Try the great texture of the dark fruity Premier Cru Rouge.

For a more relaxed wine tour, opt for Le Val d’Argan, only a 20-minute drive from Essaouira. This is a smaller vineyard with a very personal feel to it. It started as a tiny 5-hectare field and currently measures over 55 hectares. The lunch contains many vegetarian options and wine tasting takes place underneath the olive trees. There is unlimited wine of numerous varieties, try any of the Roses for subtle bursts of flavour.

Another one worth visiting, also in the region of Meknès is the Volubilia-Domaine de la Zouina. It offers a beautiful, picturesque vista of the countryside and the staff is remarkably friendly here. They specialize in the Syraz and Cabernet Sauvignon varieties and the delicious lunch is paired with 5 different wines. The owner Muhammad is a very friendly and gracious host and takes his time explaining the history of the vineyard. 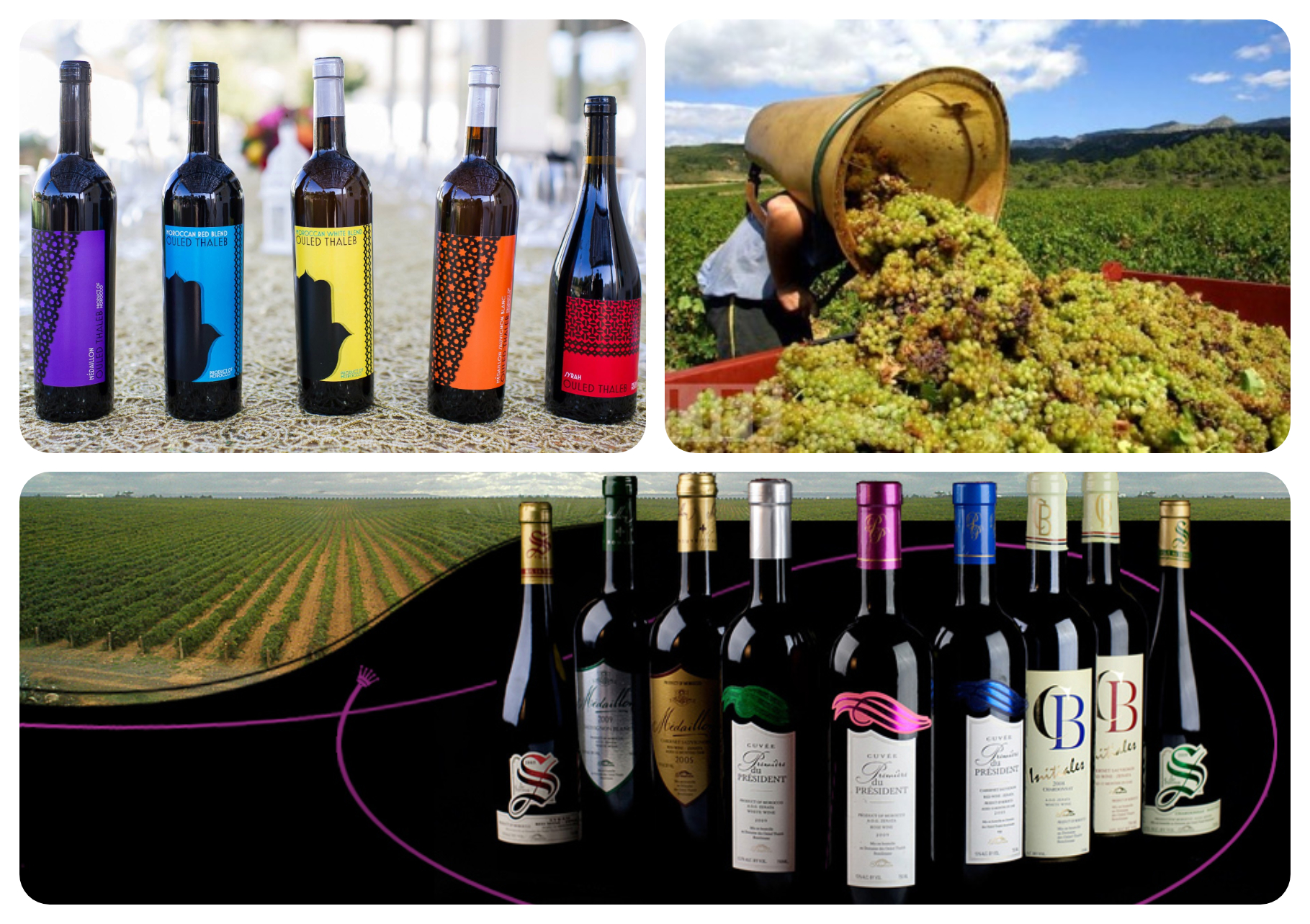