The Mediterranean diet is widely considered to be one of the healthiest in the world and incorporates the eating habits of many of that region’s countries. It is strongly associated with decreased risk of heart disease and diabetes and an overall longer life span. Mediterranean countries often use high-quality produce resulting in rich and authentic tasting dishes. Amongst the many wonderful areas of that region, we are zooming in on three countries with the most exciting cuisines on offer.

Greek cuisine is possibly one of the tastiest in the world and a considerably healthy one too. Traditionally, Greek dishes change with the seasons and the flavours are as varied and complex as the country’s diverse culture and rich history. It is heavily influenced by Ottoman cuisine because the country was under the occupation of the Ottoman Empire for nearly 400 years. There are therefore strong middle-eastern traits as is evident by dishes like tzatziki dip, baklava sweet and even the famous moussaka. Though the modern Greek cooking industry is taking Greece by storm, little has changed in the cooking methods and use of specific ingredients often preferred by tourists and certainly by Greeks themselves.

The holy triad of ingredients, wheat, olive oil and wine are still widely used for cooking. The Greeks are known for their strong preference for fresh, unadulterated produce free from harmful additives and grown locally. Even with the introduction of industrial-scale food production and product availability, most Greek households religiously do their grocery shopping at the regular local laiki, or farmer’s market. Ingredients such as seasonal greens and vegetables, legumes, amazingly tasty cheeses and of course olive oil often make the base for many of the Greek favourites.

Greek food tends to be simple and elegant, without fancy exotic spices and herbs. Lemon is the most quintessentially Greek ingredient that can be found at every meal, followed by olive oil and the use of oregano, basil, garlic and onion. Food is often cooked slowly with a lot of care and love. The diet can also be meat-heavy- Greeks don’t usually consider a main meal to be complete without the addition of some type of meat. And given that 20% of the country is made up of islands, fresh seafood dishes also feature regularly on most menus.

Though technically not directly bordering the Mediterranean Sea and therefore strictly speaking not a Mediterranean nation, its geographical proximity to it and similar climatic attributes have granted Portugal Mediterranean status. Much like Greece, the country has an abundance of olive groves and vineyards. Portuguese olive oil has been voted best in the world so it is not surprising that the industry has skyrocketed in recent years. The Portuguese were also responsible for introducing red chillies to Asia. And although the country is perhaps best known for Nandos and piri-piri sauce, its relatively unknown traditional cuisine is definitely worth discovering.

Portugal’s location on the Atlantic Ocean has had a major influence on the country’s cuisine. Salted Cod and Sardines are the country’s national dishes and the Portuguese are known for eating fish at least three times a week. You will find cod everywhere and it is cooked in many creative ways including baked with cream and potatoes or as part of a chickpea salad. There are literally thousands of recipes that vary according to the region.

Because of the abundance of cows that roam free on the meadows across the island, the production of amazing cheese is another hugely popular part of the diet. Some producers still use the age-old method of coagulating the milk with thistle flower. The country produces many different textures and flavours and for any cheese lovers out there, Portugal should be on your list of countries to visit.

And for a dish steeped in history, Alheira is a traditional Portuguese sausage that is made with a variety of meats. Historically, this was the creation of Portuguese Jews who, during the Inquisition, were forced to either convert to Christianity or be expelled from the country. Jews had to go to great lengths to conceal their religion and part of this included making pork-free sausages and hanging them from the windows to try to avoid suspicion and ‘prove’ their Christianity. This remains one of the most famous and delicious dishes in Portugal to this day

One of the most incredible things about Croatian cuisine is how widely it varies according to region. Although some dishes can be found throughout the country, it is not uncommon for some dishes in one region to be completely unknown to another. Each region has its own culinary traditions which often date back to ancient times. Different regions of Croatia are influenced by the countries that are located in the vicinity, namely Hungary and to the East and Italy to the West.

Alongside the Dalmatian coast, there is a strong Mediterranean influence with ample use of olive oil and traditional Mediterranean spices like rosemary, marjoram, sage and oregano. The most common food in this area is seafood and vegetables and the most popular method of preparing dishes is in the famous Peka, where a pot of meat and vegetables is baked in the embers of a fireplace that most Croatian houses have.

Crni rizot, also known as black risotto is squid risotto that has turned black after the ink is added to the dish shortly before it’s done. It might look perhaps unattractive but it tastes delicious and really embodies the taste of the Adriatic Sea.

Other popular and scrumptious dishes include Strukli, a tasty pastry filled with cottage cheese very popular in Zagreb and Kulen, one of the most famous spicy Croatian sausages usually found in the region of Slavonia.

Continental cuisine is known for its hearty meat and vegetable soups cooked slowly and served with homemade noodles. In the area of Istria, Fuzi is a diamond-shaped home-made pasta often served with different types of stew. 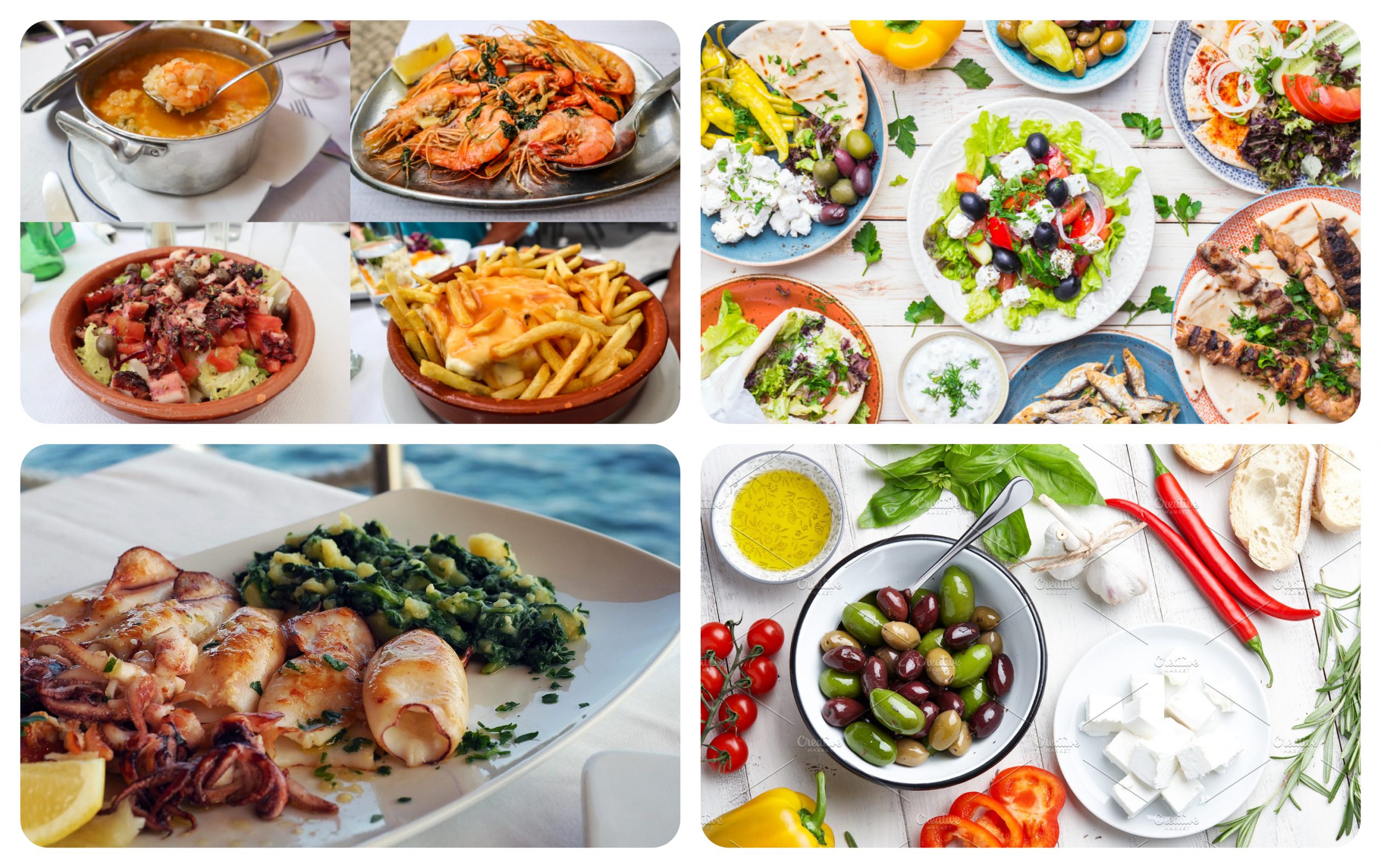