One of the most striking facts about Malaysia is the incredible cultural diversity of its people. This fantastically multi-ethnic country consists of Malay, Chinese and Indian populations living harmoniously and sharing in each other’s traditions and customs. Unsurprisingly, the country observes at least 18 public holidays annually. Because of this incredible cultural mixture, it’s difficult to define exactly what ‘Malaysian’ food consists of as it is really a combination of three distinct cuisines that reflect the country’s diversity.

Because of this cultural blend, Malaysian cuisine is highly complex and varied and further influenced by the surrounding South-East Asian countries.

In general, Malay food is very rich in texture and beautifully aromatic, revealing a combination of spices, herbs and other ingredients widely available in Southeast Asia. The northern part of Malaysia has a strong Thai flavour to it whilst southern flavours are reminiscent of the taste of Indonesian dishes. Being influenced by so many different countries, Malaysia is literally a food paradise.

Traditional Malay food is defined by its rich and spicy flavour and use of coconut milk, and regularly features fish and meat marinated in a delicious combination of herbs and spices. The success of traditional dishes often depends not only on having the right ingredients at hand but also on preparing those ingredients in a specific manner. Fresh chillies, for example, are widely used and are the main ingredient of Sambal Belacan, a delicious condiment that is the building block of a lot of Malaysian dishes and also consists of shrimp paste, lime, salt and sugar. The sauce is made by grinding the ingredients using a pestle and mortar until it forms a runny texture

Coconut is another staple ingredient and is prepared in many ways for use in numerous dishes. It may be grated or desiccated and pressed to make coconut milk. Sometimes it is toasted and ground finely to make Kerisik, a unique Malay paste best enjoyed freshly made and used in curry dishes. Most Malay food is served with steamed white rice or flatbread.

Many Malay restaurants do not provide utensils so Malays are well versed in the art of eating using only their right hand. As most dishes are served with flatbread, this is used to scoop up the food in a delicate way. There is normally a water vessel on the table for cleaning the hands throughout and after the meal.

Signature Malay dishes not to be missed:

Nasi Lemak is Malaysia’s national dish and is a fragrant rice that has been cooked in coconut milk. It is sometimes served on a pandan leaf with a choice of different sides including anchovies, roasted peanuts, cucumber and a big dollop of sambal sauce.

With a strong Indonesian influence, Redang is a ‘dry’ coconut-based curry that is slow-cooked and stewed in a bursting combination of spices, until it is reduced to a yummy coating sauce which then covers the main meat or fish. 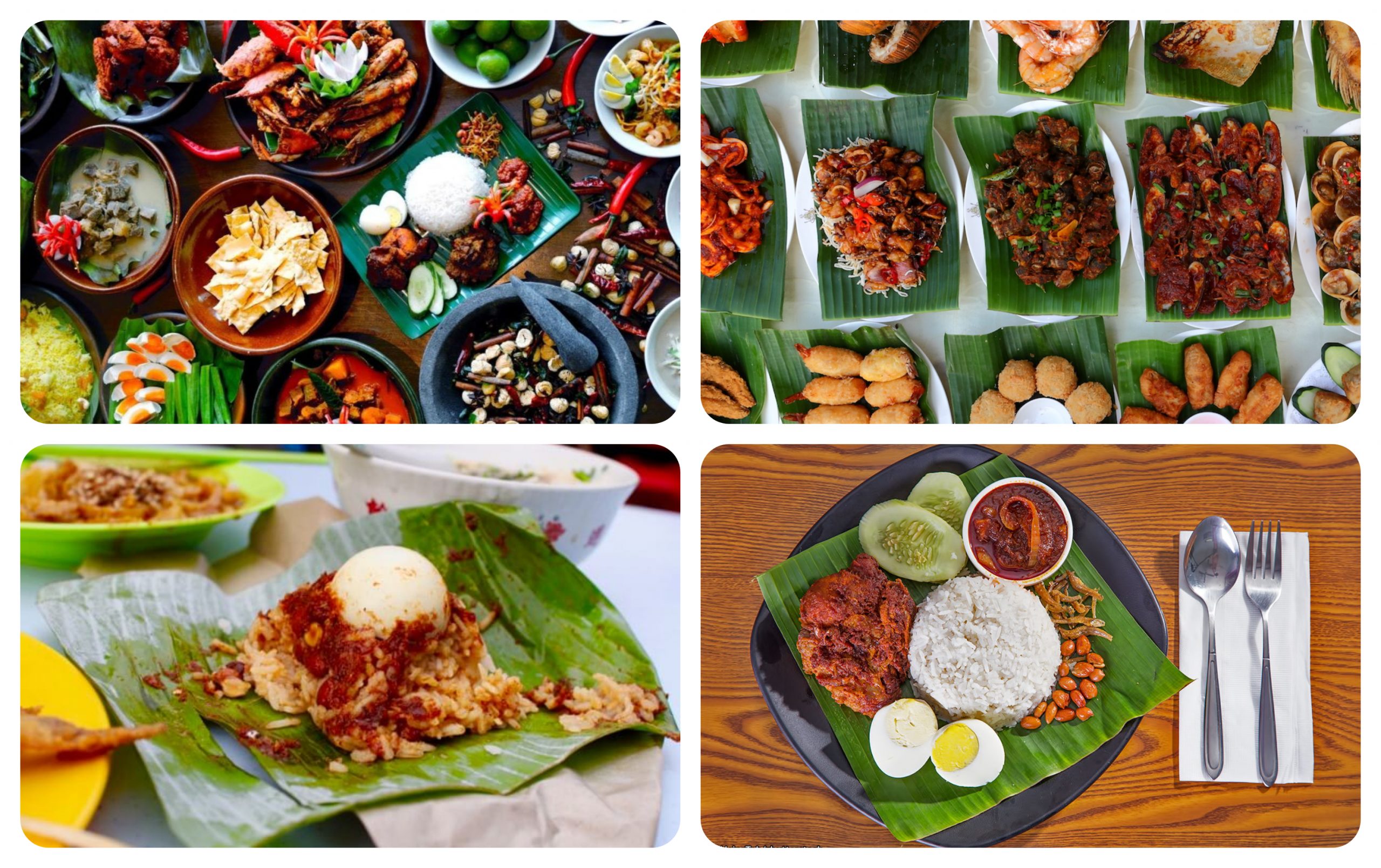