Discover the side of Lisbon as seen through the eyes locals

“Feira de Lada” the Thieves Market, held twice a week, Tuesdays and Saturdays in the historical and characterful district of Alfama, easily accessible from the Santa Apolonia metro line.  From its thirteenth century origins, the market has grown in popularity over the centuries and is a treasure-trove of vintage clothing, curios and collectables.

Explore the higher areas on one of the three graphitised funiculars of Lisbon.  This method of travel offers cheap transport options to visit elevated and quiet locations.  The oldest funicular (or ascensor) in Lisbon trundles precariously up narrow lanes to the stunning eighteenth century Jardim do Tore.  This particular secret gem is a hidden park, where the panoramic views are spectacular.

Up in the hills of Lisbon is Sintra, a UNESCO site, with its traditional pastel coloured castles, including the Castle of Moors and the National Palace of Pena.  Sintra itself is a stunning mountain town approximately 14 miles from downtown Lisbon, reachable via bus for a minimal charge. While the city is a tourist attraction, there are some secret gems including the incredible ornate initiation wells at the hauntingly architectural mishmash mansion of Quinta da Regaleira.  These subterranean towers reach down 27 metres into the earth and are accessible via a spiral stone staircase with fascinating displays of symbols depicting Alchemy, the Knights Templar and Rosicrucian. 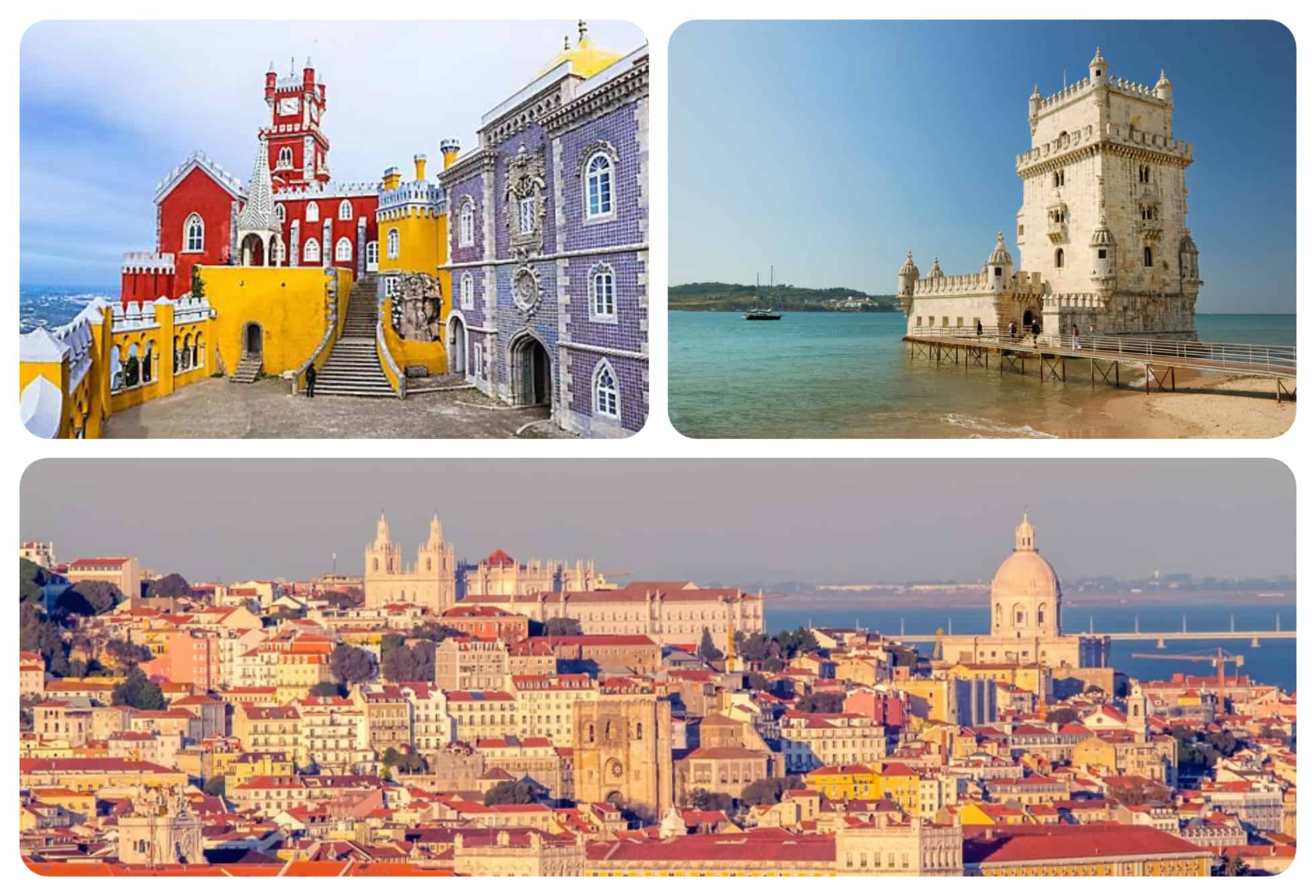 The ruins of the medieval Carmo Church and Convent situated in the parish of Santa Maria Maior provide a glimpse of the devastating earthquake that rocked Lisbon in 1755.  This was once the largest church in Lisbon but all that remains today are the perfectly preserved stone skeletal arches. What was once the altar now arches impressively over an archaeological ruins museum founded in 1964 holding an extraordinary array of various periods of Lisbon history including Gothic architecture, Roman relics and symbols, intricate stone carvings, a beautiful rose stained window and some impressive tombs boasting elaborate carving work, the grandest being that of King Ferdinand I.

Discover one of the oldest and most charismatic neighbourhoods of Lisbon, Mouraria.  The birthplace of Lisbon’s famous folk music and steeped in fascinating history. Mouraria is a fast-growing creative hub for eclectic cultural offerings with intimate cobbled streets, providing a wealth of art galleries, artisan shops, trendy cafes and unique food experiences such as community kitchens where local chefs cook and share their food in relaxed, open spaces. An excellent and tasty way to connect with locals, practice Portuguese and, above all, share quality food.