The European cuisine is as varied as the continent’s countries are but seafood is one thing that is popular across the land. We have identified 5 countries famous for seafood consumption and delicious and unusual recipes.

The Portuguese are well known for their preference for fish and the country is known as having Europe’s highest fish consumption per capita. Portuguese cuisine is famous for its seafood, which is cooked in many different ways: boiled, grilled, deep fried or stewed in a clay pot. Traditional dishes like Cataplana de Marisco showcase the country’s Mediterranean qualities, with delicate use of pepper, garlic and onion all cooked up in a special copper dish.

For an island that has access to over 7,500km of coastline, Ireland’s seafood industry is really hard to beat. The country’s restaurants are known for their ocean-fresh seafood recipes, from plum native oysters to Irish seafood chowder. In 2019, SOLE Seafood & Grill was named the best seafood restaurant in the whole of Europe, as part of the World Luxury Restaurant Awards. This was a remarkable win, not least because the place had just been open for a mere 18 months. It was also the only Irish restaurant to be nominated. The restaurant is famous for offering precisely executed mouth-watering dishes in an atmosphere of urban sophistication.

The Greek islands are a seafood lover’s paradise. The Greeks have a strong sea culture and there is an abundance of sea food restaurants along the coastlines of the many different islands. Greek seafood recipes exude a sense of freshness and warmth, qualities so often associated with this beautiful country. Fish is often freshly caught and cooked on the day. One of the traditional delicacies is octopus, which is cooked in many different ways including being marinated, grilled or stewed in a delicious red tomato stew served with macaroni.

Norway is the second largest seafood exporter in the world. Its coastline is extremely popular for its abundance of cod and this is in fact the country’s most important resource. Seafood in Norway is often smoked or pickled for months before eaten, making for an unusual alternative. Fermented haddock is one of the country’s traditional dishes. An even more extraordinary preserving method is called ‘graving’, literally meaning burying the fish with salt and sugar.  Fish is sometimes served with an equally unusual sweet and sour sauce.

Spain is surrounded by nearly 3500 kilometres of coastline so it should come as no surprise that a vast amount of sea creatures roam the shoreline. The best Spanish seafood is usually grilled or fried with garlic and olive oil, traditional Mediterranean staples. The most famous Spanish seafood dish is of course the Paella, a dramatic dish that consists of saffron-scented rice and a variety of seafood including mussels, clams and shrimp usually cooked in a huge paella dish with onion, tomatoes and an array of delicious local herbs and spices. 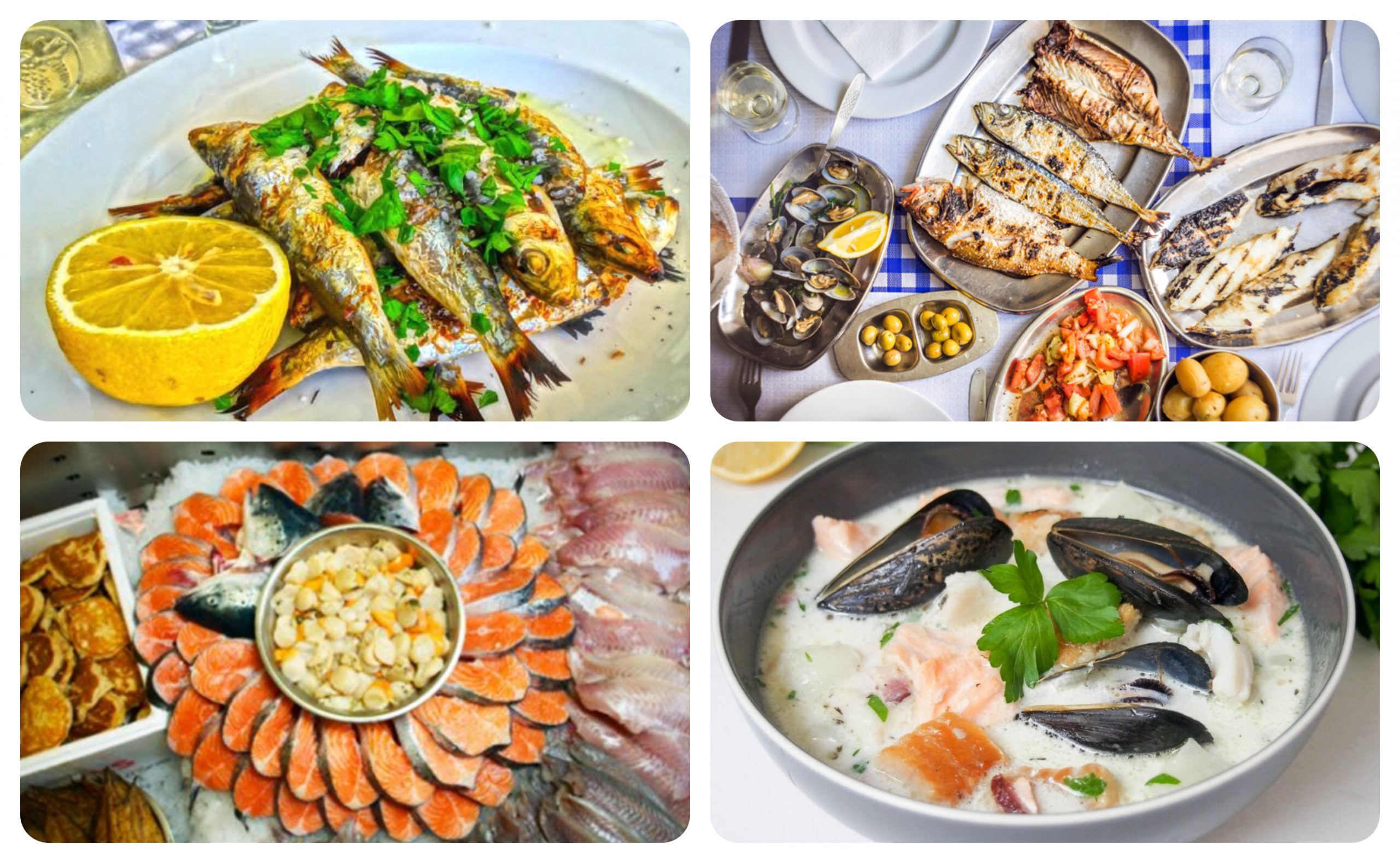