A landlocked county named after its capital city Kilkenny which was once the capital of Ireland for a short period in the 17th century. Indeed, this county has a rich history stretching back over 2000 years. It’s South Eastern location close to Dublin means a lot of the sites can be reached on a nice day trip or a fun road trip weekend.

One of Irelands most famous attractions located right in the middle of the city of Kilkenny. The castle was built in 1195, during Norman occupation and then for a while it was the home of the Butler family who in the 19th century decided to return the palace to its former medieval appearance. The castle as well as the surrounding gardens and woodlands are open to visitors all year round.

Located within the castle is the Butler art gallery. A superb contemporary art space that features a permanent gallery along with regular workshops, talks and events.

An urban walking trail that link Kilkenny Castle to St Canice’s Cathedral. The route is filled with shops, pubs, restaurants, charming alleyways and small historic sites. We recommend a guided walking tour as the best way to experience this mile and learn all about the town’s history.

A brewery tour of Irelands oldest brewery, even old than famous Guinness. Visitors can learn all about the history and process of brewing Smithwicks and at the end even sample a pint of their choice or a paddle to try them all.

Located about 25 minutes outside of Kilkenny town is the Ballykeefe distillery. The main produce is whiskey, but gin, poitin and vodka are also available. The distillery is family run, eco-friendly and authentic in its approach. A tour of this distillery is not to be missed.

A brilliant Cistercian abbey and national monument built in the second half of the 12th century. It’s located near historic Thomastown, 17km South East of Kilkenny town. The abbey is unique for the stone carvings and cloister arcade which are remarkably well preserved.

Another national monument and Cistercian abbey. Duiske abbey, located in Graignamanagh, is one of the largest and arguably the finest of all the Cistercian monasteries in Ireland. The original stonework and medieval floor tiles are a delight to see. 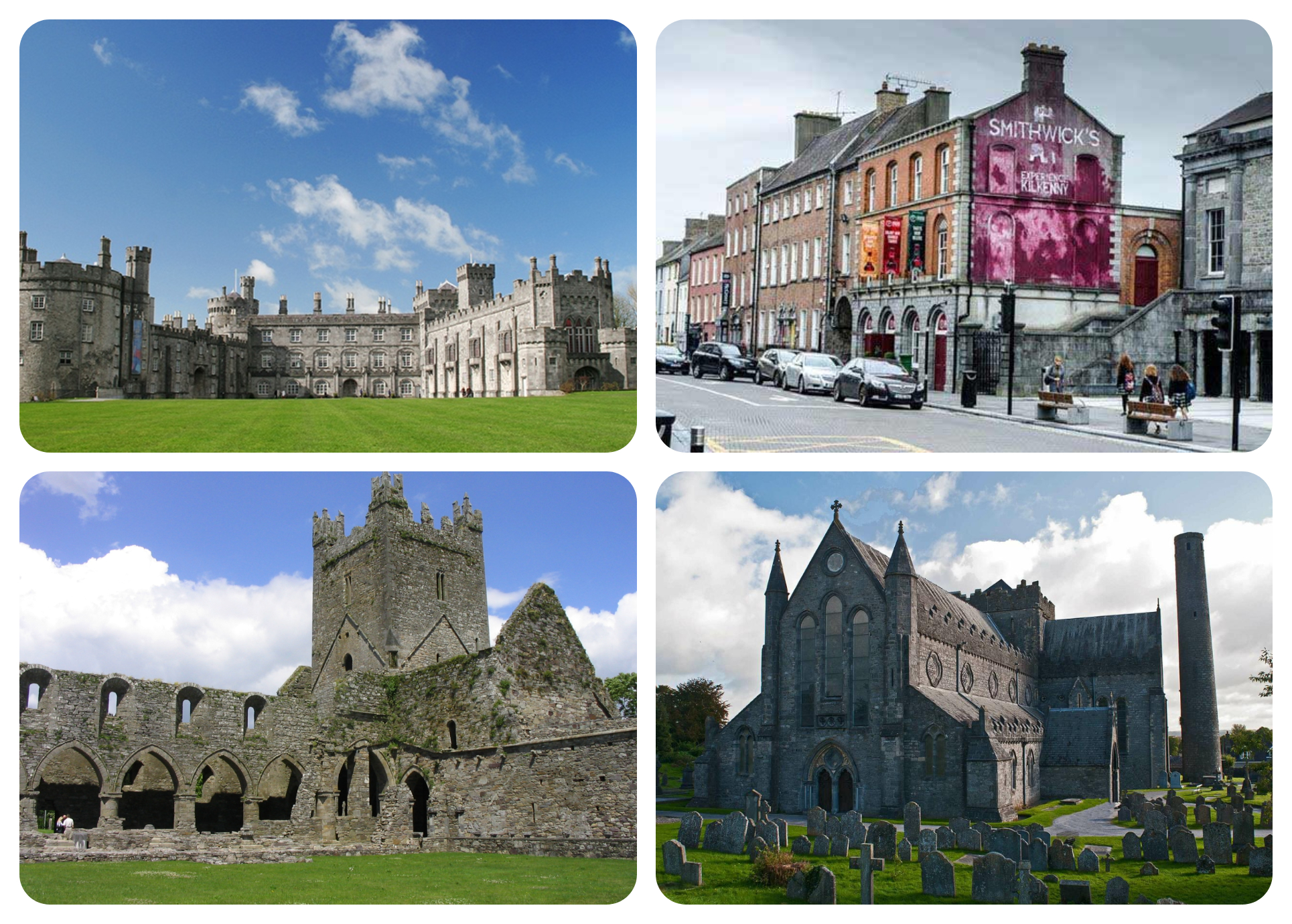