Campania | Off the beaten path

Campania has long been a tourist hotspot. This unique region of Italy is famed for the stunning Amalfi coast, renowned city of Naples, town of Salerno, the ruins of Pompei, wineries and so much more. In fact, the area is so popular it suffers from over crowding especially during the summer month.

Below we’ve picked some of our favourite “off the beaten path” spots.

A large park on the site of a volcanic crater, under the special protection of the WWF. The park is a great family day out and home to forested paths, dinosaur statues, picnic tables and plenty of local wildlife.

A private hunting lodge built on a tiny islet in the beautiful lake Fusaro. It’s connected to the mainland by a wooden bridge and surrounded by a pleasant park. Today the building is a museum and offers a great cultural experience.

A minor island located just off the Posillipo quarter of Naples. Small and beautifully formed, this Island is said to be cursed with many of the previous owners facing hardship shortly after buying it. Today it’s under the control of the local authority. Those brave enough to ignore the curse can reach the island via short swim from the mainland.

Known as “Gods Pathway” and one of the best trekking paths in Italy. The pathway is an amazing visual experience of the coast and the mountains that surround it. The path is set between the villages of Agerola and Nocelle and vice versa. The route from Agerola to Nocelle runs downhill and is much easier.

A so called “hidden town” of Campania, Padula is often overlooked and not so easily accessible by public transport. If you can make it up there you are in for a treat, there is a beautiful monastery to explore, churches and squares as well breath-taking views of the surrounding mountains. Hidden towns like Padula are authentic, welcoming and are worth exploring.

Located south of Salerno, Paestum is home to the ruins of an ancient Greek city. The ruins are famous for three Greek temples which have been remarkably well preserved despite abandonment for centuries. The site also includes sacrificial alters, a roman forum, buildings and roads. 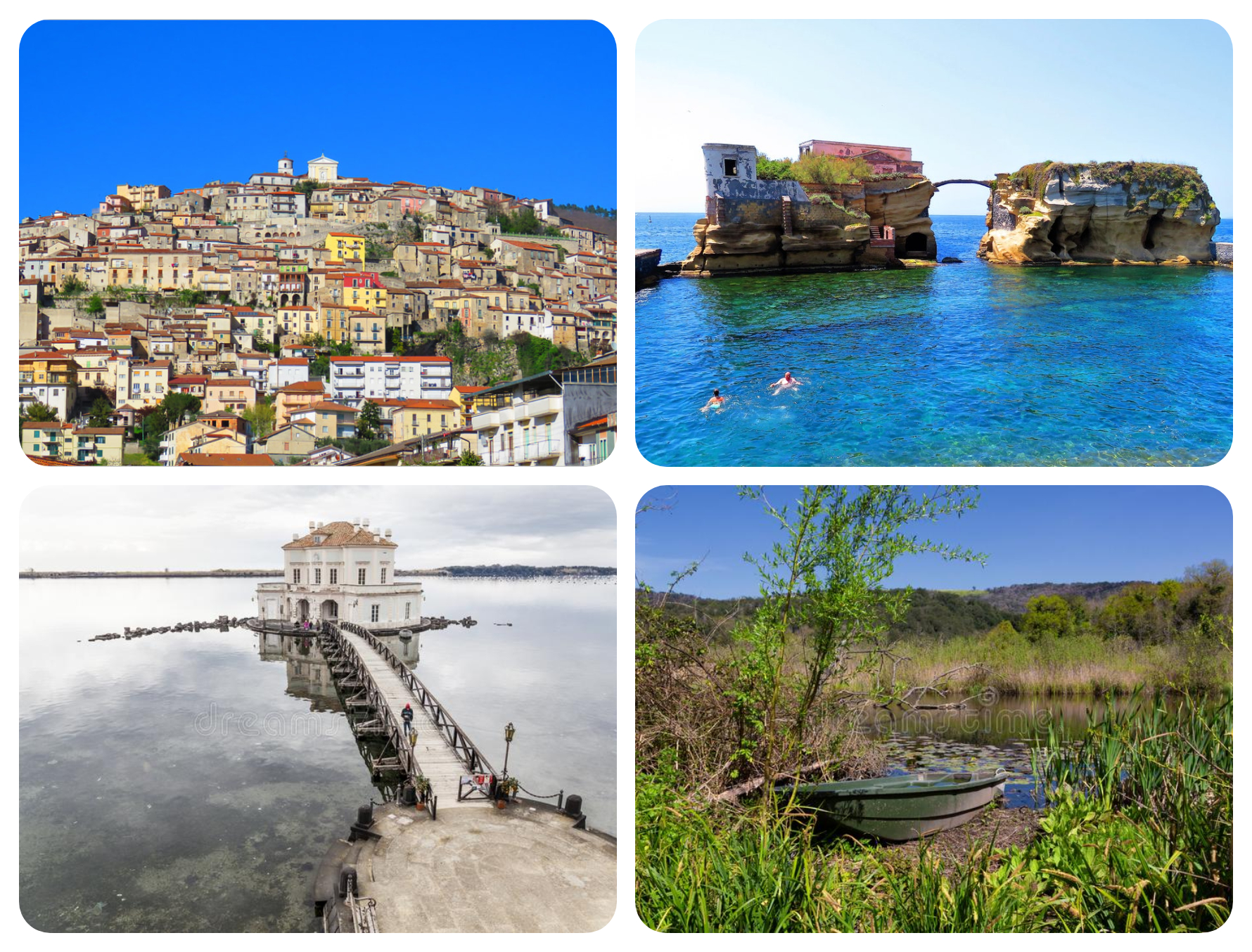