Best Cities of France for Travelers

Discover Paris and all it has to offer including history, culture, leisure, cuisine. Its cafes and boats on the Seine, its elegant neighbourhoods and its shops, its metro and its musicians, its monuments, squares, quays and fountains.  The French are justly proud of their capital. Begin with the symbol of the city: the Eiffel Tower. From its peak at 300 metres, you will enjoy a breathtaking view over the rooftops of the capital. Built for the 1889 Universal Exhibition, the monument remains the highest observation tower in Europe.  At its foot is the Champ De Mars, where some of the biggest events of the City are held.

Enjoy a picnic on the lawn, take in the lights at night and feel the magic of the Peace Wall which fronts the Military School.No visit to Paris would be complete with a trip to the Louvre on the banks of the river Seine.  This royal palace needs no introduction and is impossible to see everything in one visit. But essential viewing is Leonardo Da Vinci´s La Gioconda and the department of Egyptian antiquities.  The museum has just opened a new section dedicated to the most stunning Islamic art. Guaranteed to raise goosebumps to any discerning art lover.Celebrate French gastronomy at the Louchebem, an old butcher shop in the Les Halles district, downtown Paris where the dishes of beef are out of this world.  Nearby in the Bastille area is the Cafe de L’Industrie, a typical Parisian cafe offering reasonably priced food and drinks alongside a pleasant French atmosphere.

The magic of the South of France should be explored in its entirety.   An area of particular interest historically and architecturally is Narbonne.  Situated on the Canal de la Robine, Narbonne is a city with an abundance of Roman architecture still retained in the medieval streets and Roman roads.  Attractions on offer include the impressive 13th-century Cathedral, a medieval palace with art gallery and museum as well as the Horreum, a Roman warehouse with underground art galleries.  The main square hosts the revered  Via Domitia, the first Roman road built in Gaul,  created around 118 ac with the purpose of facilitating the transport of Roman armies, and where  Hercules along with 50,000 Carthaginian soldiers and 37 elephants passed through on his way to conquer Italy. 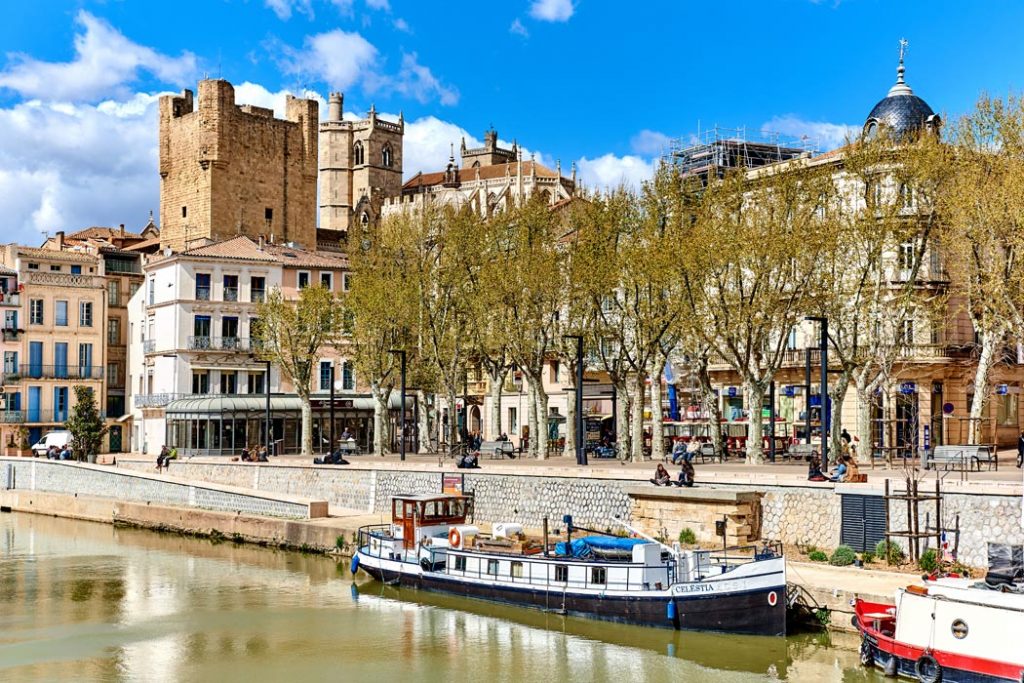 In addition to having the best buffet restaurant in Europe, Les Grands Buffets, Narbonne has one of the most colourful and spectacular markets in the area, Les Halles. This centennial market is comparable to the Boqueria de Barcelona for its architecture and its variety of products.

Situated in the Languedoc-Roussillon region, Nimes is a relatively small town with a population of 150,000.   Nimes, like Narbonne, has almost flawless Roman formations and architecture.  Even more so in fact due to the incredibly impressive and well preserved Roman amphitheatre, Les Arenes, with a capacity to seat 16,000 and is still used today to commemorate the Roman Games of Nimes.  In addition a temple known as Maison Carree, a Roman temple dating from the sixteenth century and Corinthian in style with columns of marble. 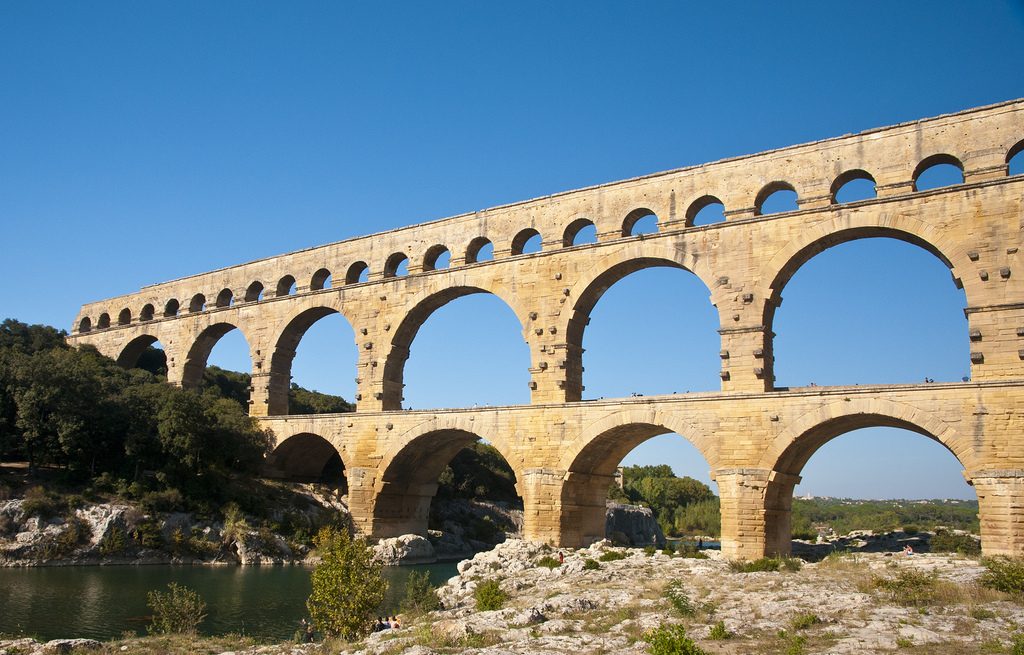 Apart from these two perfect statements of  Roman architecture, Nimes is a legacy to Roman history and is nicknamed French Rome. Narrow streets add to the charm of Nimes, and some of the best restaurants in the world showcasing French flavours and talent make Nimes a gastronomical festival of delight.

Montpellier, located in the south of France, is a city full of charm where medieval and modern go hand in hand. Founded in the 8th century it is the eighth most populated city in France with around 300,000 inhabitants. Famous for its Faculty of Medicine, one of the oldest in the world founded in 1220 the classrooms boast famous figures such as Nostradamus, Ramon Llull, Guillaume Rondelet and Arnau de Vilanova. Culturally the city is incredibly vibrant with an open-air museum, urban art such as the incredible “trumpe l”oeil” bringing life to plain walls in the city and confusing the eye since the 1990s thanks to the talents of artists such as Zevs and Space Invader. Montpelier is a typical French romantic city which has not lost its charm despite rapid growth in recent times. 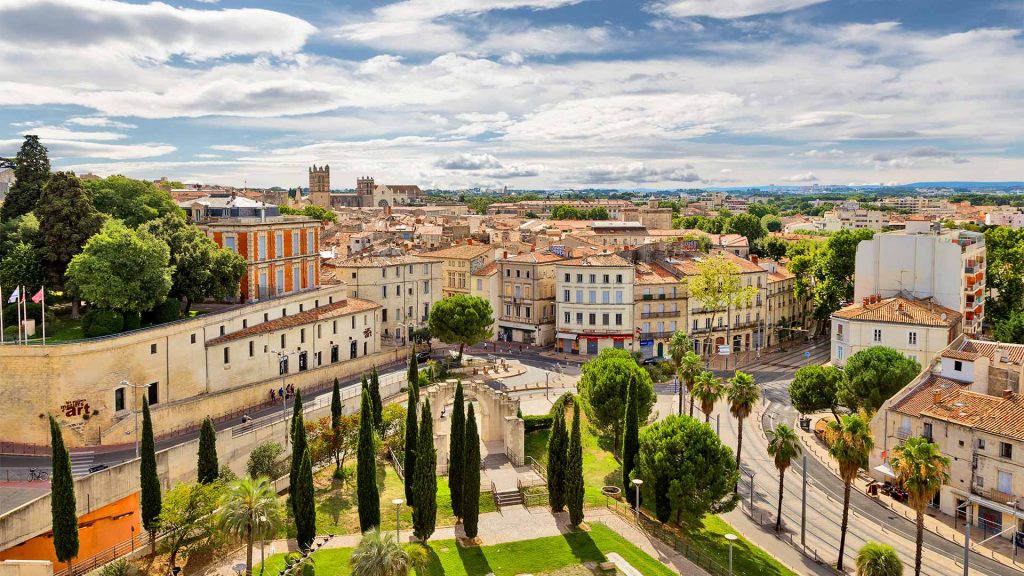 A great place to relax is the Place de la Comédie, a large pedestrianised square (although it is nicknamed “the egg” due to its oval shape).  It has played an important role in the life of the city for over 250 years.  Here you can sit take a coffee, eat at one of the restaurants or shop in the trendy boutiques.A popular meeting place surrounded by 19th Century architecture including the Opera Comedie, a majestic 19th Century opera house with an elegant facade, columns and arched windows. The centre of the square features an impressive fountain depicting the Greek mythological Charites, the statue of Zeus´s three daughters.

Visit the famous Castles of the Loire Valley, commonly referred to as “the garden of France”.  Recently declared a World Heritage Site the Loire Valley is home to more than fifty Renaissance castles such as Chambord, Chenonceaux and Usse.  A great way to explore the whole area is by bicycle.   Cycle through the Loire Valley starting at Orleans and wind up in Angers, a total 800 kilometre bike ride is available for the more adventurous.  Discover this part of France with its picturesque villages, journey through leafy forests along designated cycle routes making new friends along the way. There are several shorter routes or travel itineraries involving train hopping or transfer companies to assist along the way to break up the journey for those less energetic although the cycles routes are perfectly ideal for families as the area is reasonably flat and well paved with designated rest stops along the route for refreshments.