Beirut Jewel of the Middle East

A fast paced city where the east meets the west, a trip to Beirut can leave your head in a spin but with an experience you will never forget. Lebanon is thriving, as it enjoys a peaceful period and continued development. Nowhere is this more apparent than Beirut, it is the city where everyone from all over the Middle East heads to when looking for a party or enjoy a spot of shopping. The Lebanese people are friendly, fun, passionate, creative, hedonistic making a trip one of the funnest on earth.

One thing you will quickly learn in Beirut is that it knows how to let its hair down. Rue Gouraud, the main hub of neighbourhood Gemmayze, is packed every night of the week. A stroll here and you will find yourself on a pub crawl where you’ll find bars such as Torino, a small arch of a place, with a DJ at weekends and red neon writing in the window. Enjoy local Almaza beers while you casually walk down the street, or just chill by the pavement. There are proper seats outside Internazionale further down the street, immediately recognisable by its blue, white and red geometric patterns outside and vast back-of-bar booze selection. 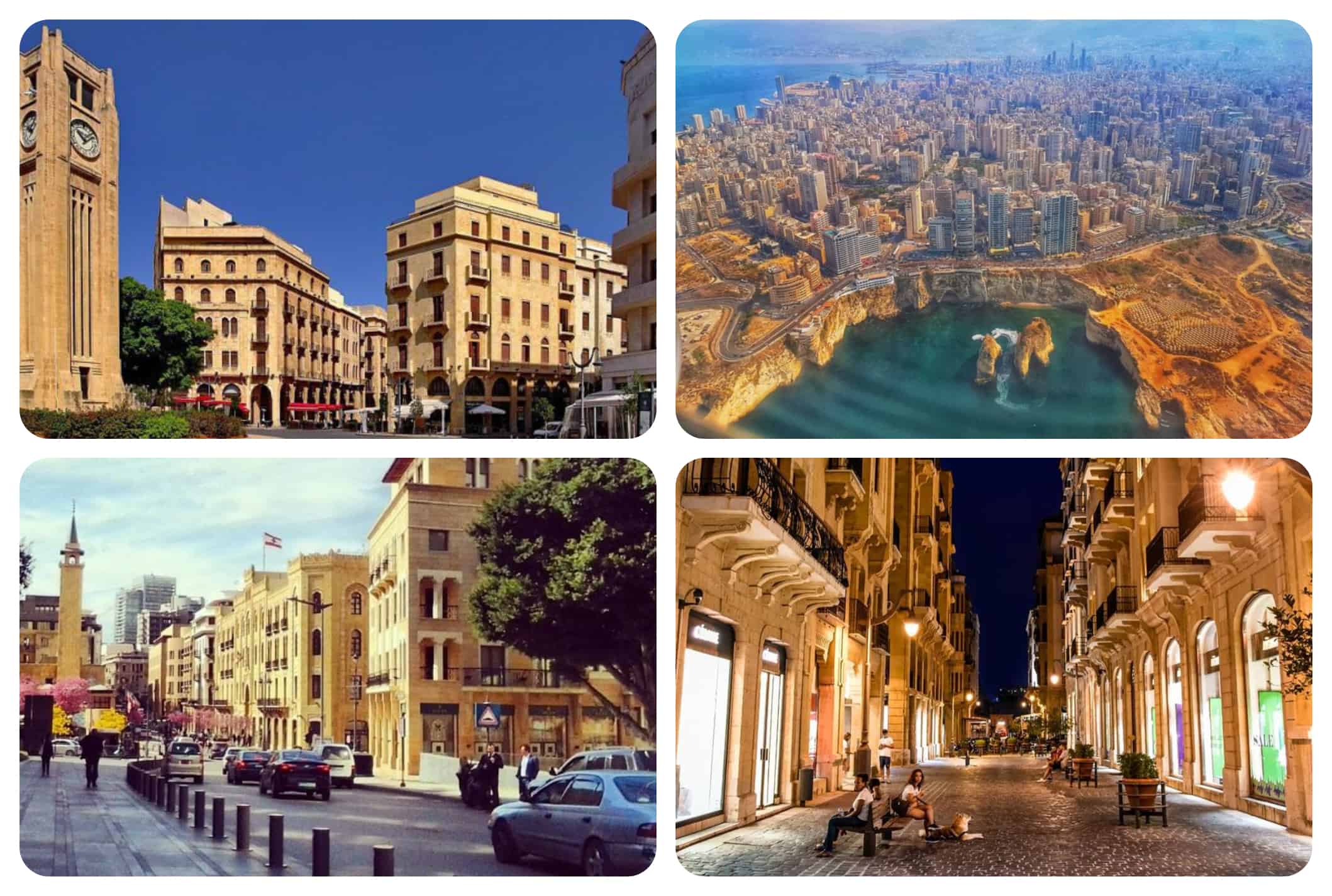 Head to downtown Beirut to visit Martyrs Square. It is an area brimming with history: named for the martyrs executed there under Ottoman rule, the square also formed the line that split the city during the Lebanese Civil War. Today it is a shining light on religious harmony and the togetherness which is currently enjoyed in the city and Lebanon. Then there is also the Blue Mosque, a vast modern reincarnation of a 19th century original; while right behind is the 19th century Saint George Cathedral.

You cannot visit Beirut without learning absorbing the wondrous culture that is engrained in the city. The Rue Sursock that the Sursock museum sits on is flanked by extravagant villas, all belonging to Beirut’s most influential families, and well worth a wander down to gawp through the gates. The grandiose Sursock Museum, built by Lebanese aristocrat Nicolas Ibrahim Sursock, is a Beirut cultural hub, with a contemporary art museum showcasing artists from Lebanon and elsewhere.

Place d’Etoile is the place where you’ll find Beirut’s icon: the 1930s Rolex clock gifted to the city. This important square is lined with Lebanese government buildings, so don’t be surprised to see a heavy army presence here. Amongst the official buildings are some lovely art deco architecture. If you’re staying locally, it’s a good (if overpriced) spot to enjoy a steaming glass of fresh mint tea or smoke some flavoured shisha after dinner.

If you want to escape the hustle and bustle look no further than Zaitunay Bay, this relatively new promenade has become an instant classic, marvel at the expensive yachts and enjoy a drink out at any of the relaxed alfresco cafes and restaurants open late into the night. It’s not far from Beirut’s MusicHall too – a cabaret-style theatre.