Australia is a country known for its high-quality exports of most major agricultural industries. The famous Aussie barbie has become somewhat of an institution and consists of all types of food one could imagine, including sizzling snags, burgers and fish. Much more than just another mealtime, barbecues are important social gatherings which are an inherent part of the culture. Australian cuisine offers a great variety of culinary choices for visitors. If you are dining down under, below is a traditional 3-course meal you might want to try

Embrace truly authentic Australian flavours by opting for a vegemite-inspired appetizer! Vegemite and cheese mini scrolls are deliciously crunchy and a popular starter in many restaurants. Or try a yummy mini meat pie, another iconic dish made with shortcrust and puff pastry and filled with a variety of ingredients including beef and mushroom with gravy.

For mains, opt for the Chicken Parmigiana. This is a traditional Australian dish with Italian-American roots and you will find it on almost every pub menu across the country. The dish is so popular that there are websites dedicated to finding the best version of it in different states. It is thought that it is based on the classic parmigiana di melanzane, where thin strips of eggplant are layered with tomato sauce, basil and parmesan and this is still served as a vegetarian option nowadays. This delicious dish consists of breaded chicken schnitzel covered with tomato sauce and topped with your choice of cheese – parmesan and mozzarella being two of the most popular choices. It is often served on a big pile of thickly cut crispy chips. Affectionally known as ‘parmi’, it is sometimes served with a slice of ham or bacon. It is a hearty, high-fat meal that will most certainly leave you satisfied.

It was hard to make a choice here so we cheekily suggest you try either of these remarkably tasty deserts to hit your sweet spot. Named after the famous Russian ballet dancer, Pavlova is a gorgeous cake encased in crispy meringue with a soft, marshmallow-like inside an topped with seasonal fruit and whipped cream. The outside is made by whipping egg whites whilst gradually adding caster sugar. Because of its delicate structure and risk of deflating, a blast of high-heat is sometimes added to ensure it sets properly. This dessert is an important part of both Australian as well as New Zealand cuisine (where the dish apparently originates from)

Lamington cake is a traditional square sponge cake usually dipped in chocolate and rubbed in desiccated coconut. It is often made with a layer of cream or jam in the middle. The outside is fluffy and the sponge fresh and somewhat moist. Firmer versions of this are made using butter cake instead of sponge. Lamington cake is so popular that it even has its own…. national day in Australia. And like the Pavlova, the identity and origin of it is equally debated. 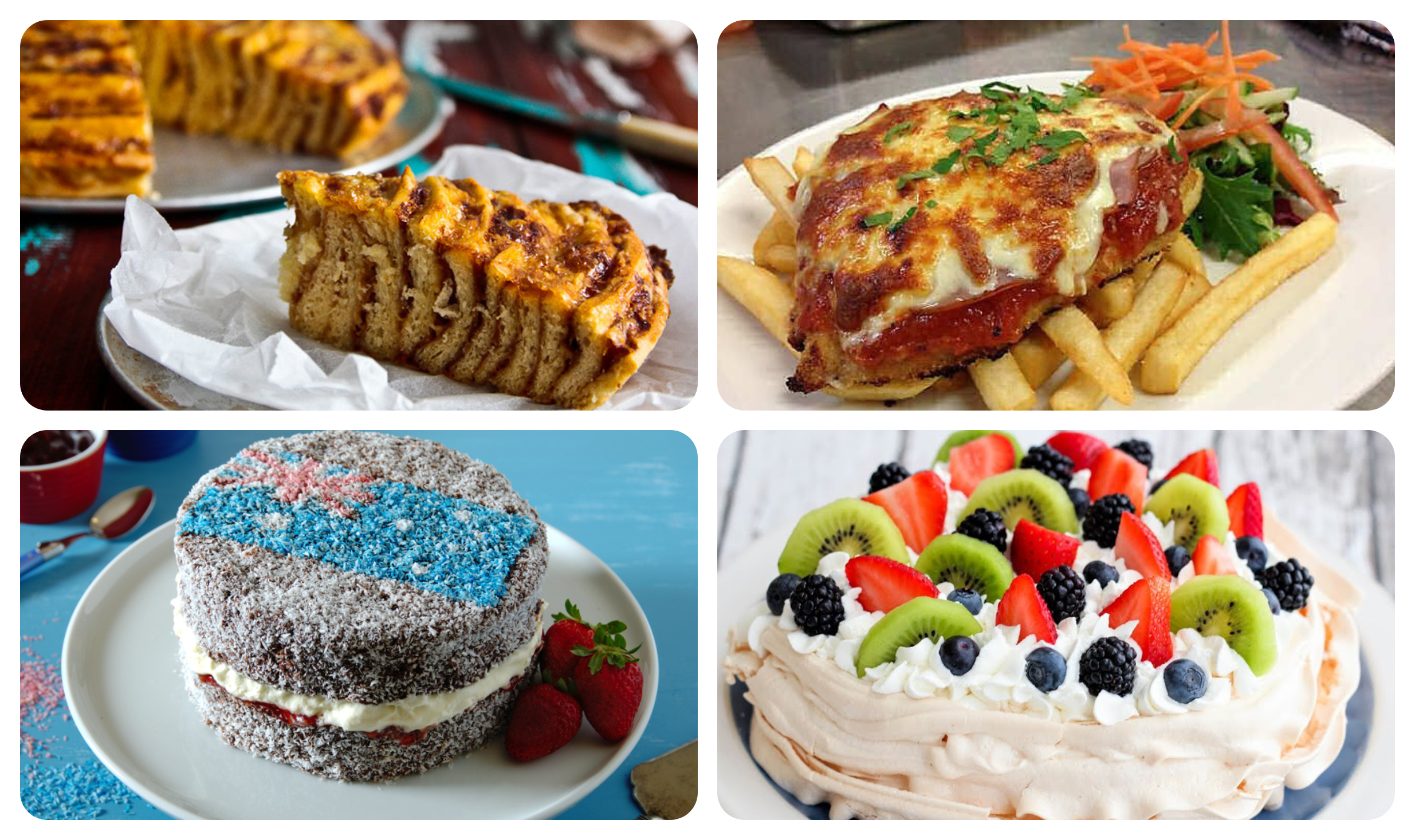