Athens is an overlooked capital of Europe, despite its numerous heritage sites, great restaurants and excellent weather it’s often missed from most holiday bucket lists.

The first reason for this is is that it’s overshadowed by its more glamorous European counterparts such as London, Paris, Istanbul and Rome. Visitors from outside Europe with limited time and money tend to miss Athens in favour of these cities.

The second reason is that it has a lot of national competition. Greece is full of beautiful islands, sandy beaches, luxury resorts and historical sites that are all increasingly accessible through cheap package holidays. Destinations like Corfu, Crete, Santorini, Rhodes, Zante and Kefalonia are usually preferred to Athens.

We believe you should add Athens to your travel list, and here are five reasons why.

The food in Athens is as good as on any of the Greek islands. The quality and produce are high, the approach is authentic and the price fair. The seafood, mezzes and souvlakis will leave you wanting more. If you want to get the best of everything a food tour is be the best way to go.

The people of Athens are friendly and hospitable, in the past it’s been described as “The European City that loves strangers”. The culture is lively, and you’ll find no shortage of locals willing to help. Learning a few local phrases is endearing and will go a long way with residents of the city.

Athens is a city that never sleeps, and its nightlife scene is amongst the best in Europe. It should tell you everything when residents of the city successfully beat a proposal to close all clubs early (2am). The Athenians love to party and tourists to the city are invited. Popular clubs are Island in Varkiza, Bolivar beach bar in Kalamaki and Dybbuk bar in Syntagma.

The financial crisis in Greece has meant that costs in the city have remained low. Food, drink, clothes and alcohol are cheap in comparison to other major European cities. This combined with cheap flights means Athens makes for a superb low-cost city break.

If there is one thing Athens is known for is its history. A city that has been lived in thousands of years and was once at the heart of an ancient empire is not without its heritage sites. The city is well-known for the iconic Acropolis and Parthenon. Other great sites are the temple of Hephaestus, Agios Georgios Church and Odeon of Herodes Atticus. 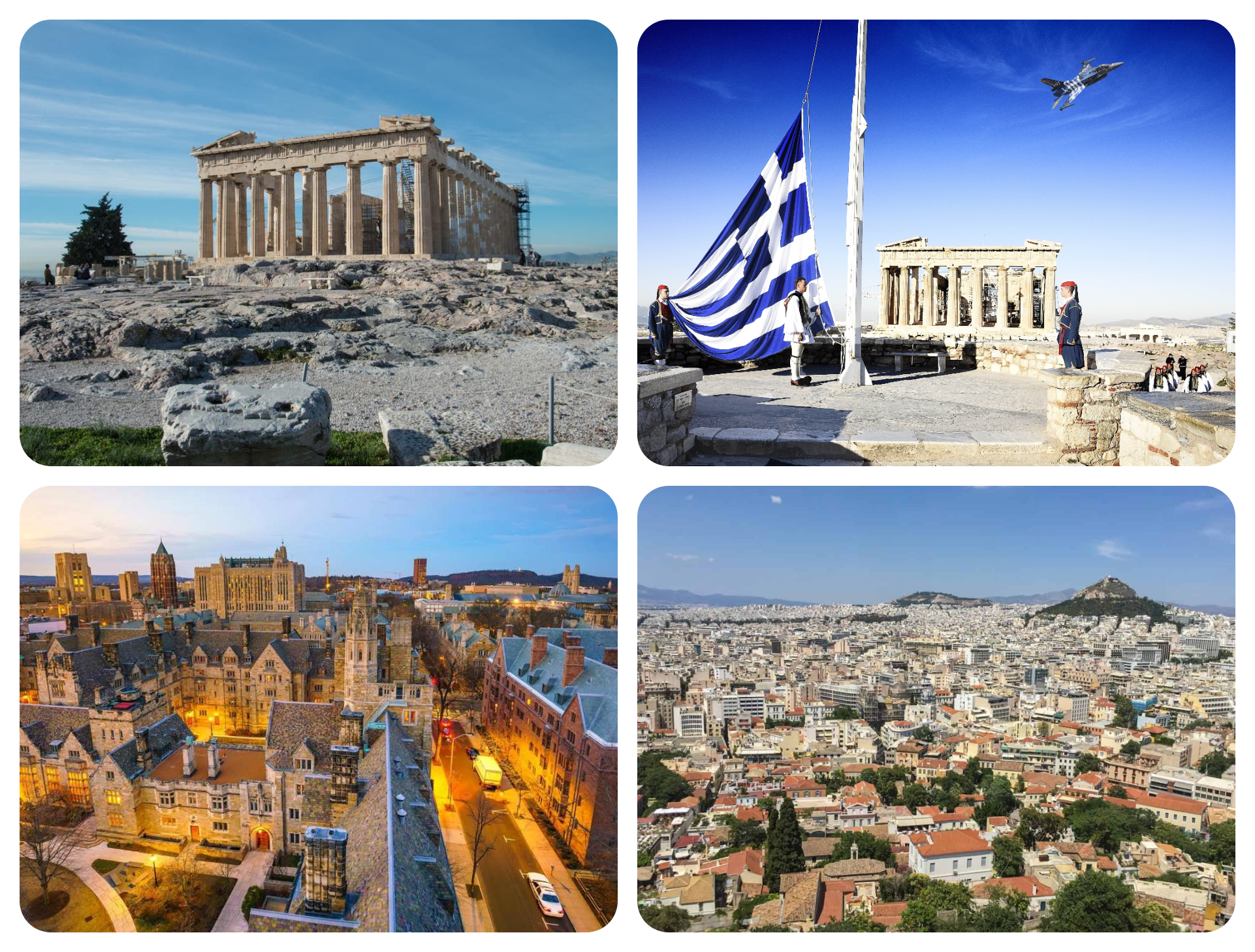