Costa Rica is country packed full of adventure, any typical vacation there might include excursions like white-water rafting, a rainforest canopy tour, relaxing at the beach, or exploring the rainforest from one of Costa Rica’s Eco lodges. Vacation hotspots include Manuel Antonio National Park, Tortuguero, Monteverde cloud forest and Arenal Volcano.

More than a quarter of your country is protected rainforest with more biodiversity than USA and Europe combined, and the rest is a jaw-dropping combo of bubbling volcanoes, Pacific surf beaches and laid-back towns like Quepos and Sarapiqui. Zip lines aren’t hard to find — whether it’s in the misty cloud forest of Monteverde, in the looming shadow of the Arenal volcano, or through the colorful jungle canopy at various spots throughout the country. 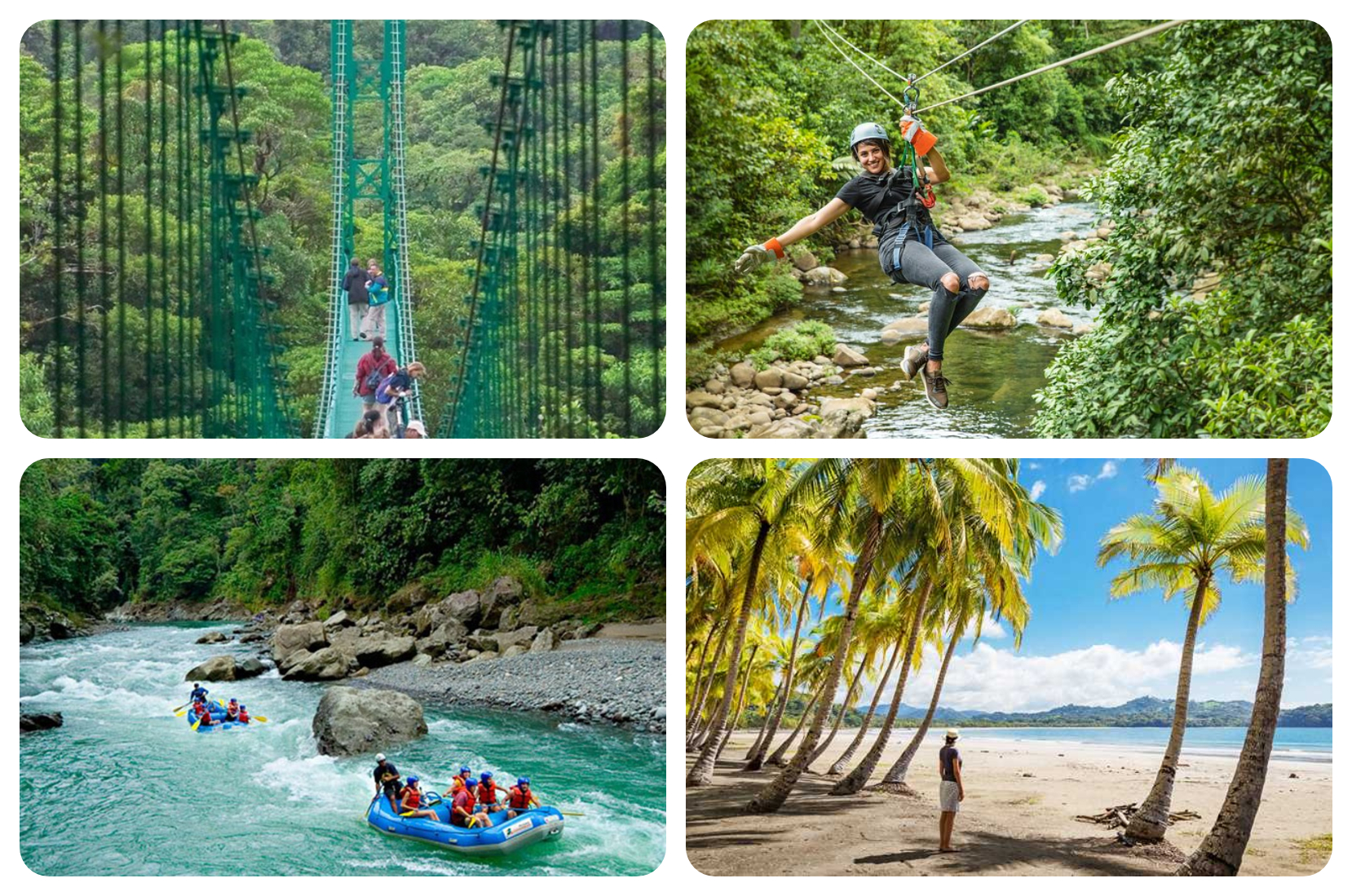 Bird-watchers should put Los Quetzales National Park (south of San Jose) on their itinerary to see the resplendent quetzal (really, that’s the bird’s name) and many other birds that call the cooler climes of the cloud forest home. Corcovado National Park on the country’s southern Pacific coast is the country’s largest national park, and home to 3% of the world’s biodiversity all by itself.

Year-round surfing on the Pacific and Caribbean Coasts has drawn ex-pats to Costa Rica, and built up surf towns along the way. Jaco is the closest to San Jose, but our Deal Experts recommend making your way to Guanacaste in the country’s northwest for the best experience. It’s hard to beat the rush of that first time you see (and hear) a waterfall bursting from the jungle backdrop. There are several falls worth a detour — especially during the green season, when the rains feed Costa Rica’s rivers.