A Day in Mykonos

Known as Greece’s equivalent to Ayia Napa in Cyprus or St Tropez in France, Mykonos is a cosmopolitan party island. You’ll find no shortage of world class DJ’s, buzzing night clubs, VIP beach parties and a masses of luxury yachts moored for the summer season.

The night life isn’t the only attraction of the Island and below we guide you on how to best spend a day before hitting up the clubs.

The uninhabited island of Delos, located a few kilometres from the south west coast of Mykonos, is a UNESCO world heritage site and according to mythology the birthplace of the twin gods Apollo and Artemis. Ships depart daily from Mykonos old harbour and a morning spent here amongst the ruins and museums is one the best things to do in Mykonos.

Little Venice is a thriving bar and restaurant neighbourhood in Mykonos town. The perfect place to rest up after a morning in Delos. The name comes from a resemblance with Venice owing to its colourful houses built by the edge of the sea.

Now it’s time to walk it off your lunch. There is nowhere better for this than Mykonos town. Lose yourself in in the winding streets lined with beautiful white houses, colourful bougainvillea’s, souvenir shops and cafes.

Laze about on the Beaches

Relaxing on the beach after a stroll around Mykonos town is a great way to reenergise for the night ahead. The beaches of Mykonos are pristine, and should you want to enjoy the sunset then Agios Ioannies and Choulakia beaches are perfect for you.

Matogianni street is vibrant and a fantastic place for dinner, there are great choice of restaurant and bars. Later this is where the nightlife picks up so you don’t have to go too far to get into the party mood. 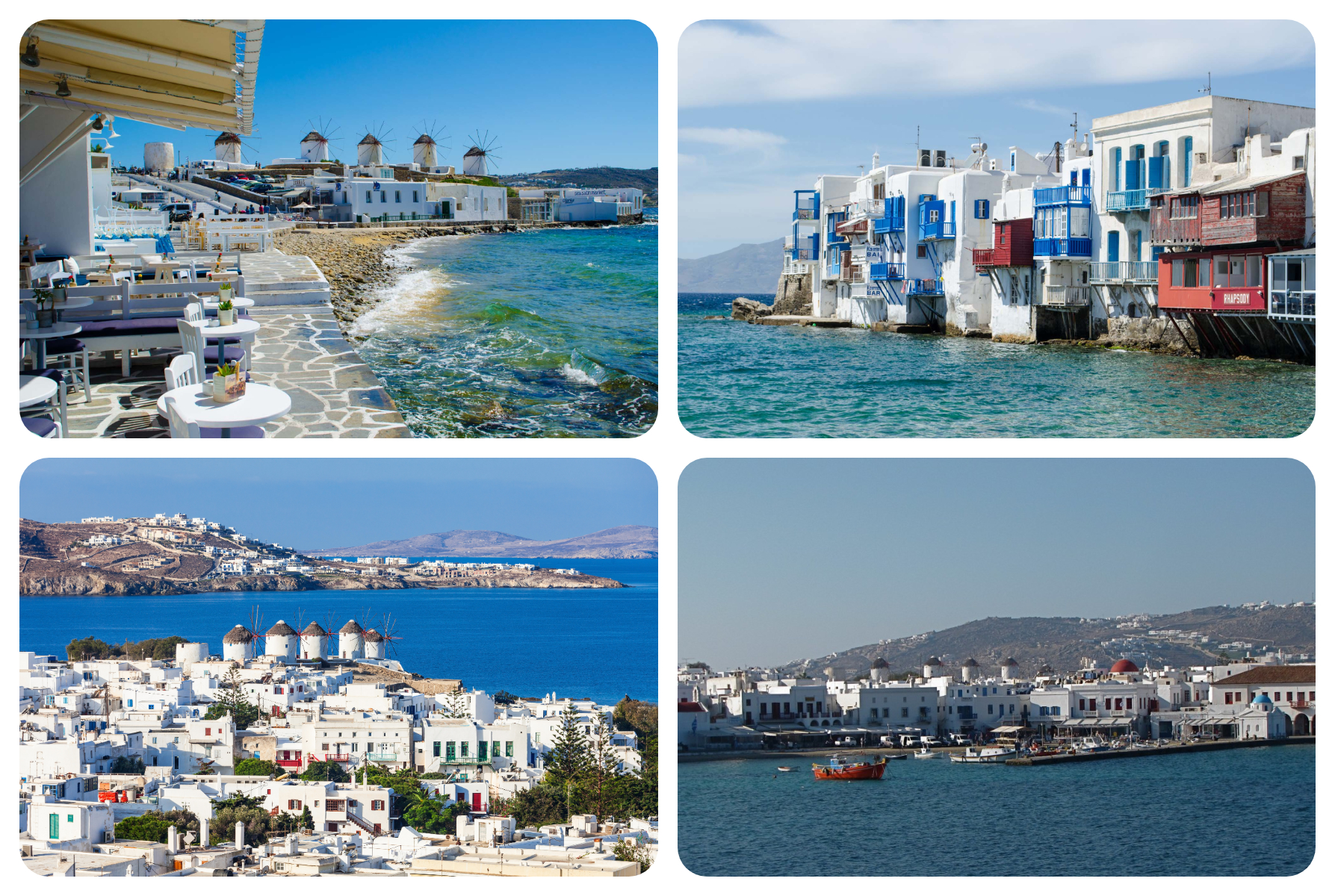