Quebec City was originally a French settlement and was ruled by the French until 1763. The French had a lasting influence on Quebec’s culture. French is the province’s official language and the cuisine has a French influence. This can be seen in the prominence of traditional French foods and in unique Quebecois dishes with French influence.

The province of Quebec has spent much of the 20th and 21st centuries solidifying a culture that is quite distinct from any other found in North America. It’s thus easy to forget that, at its roots, Quebecois culture is a hodgepodge of various others that were all brought together by historical circumstance. The first settlers in our province came from France, but were quickly exposed to the traditions of the surrounding first nations tribes. After the province was conquered by England in 1763, an infusion of English culture inevitably followed. 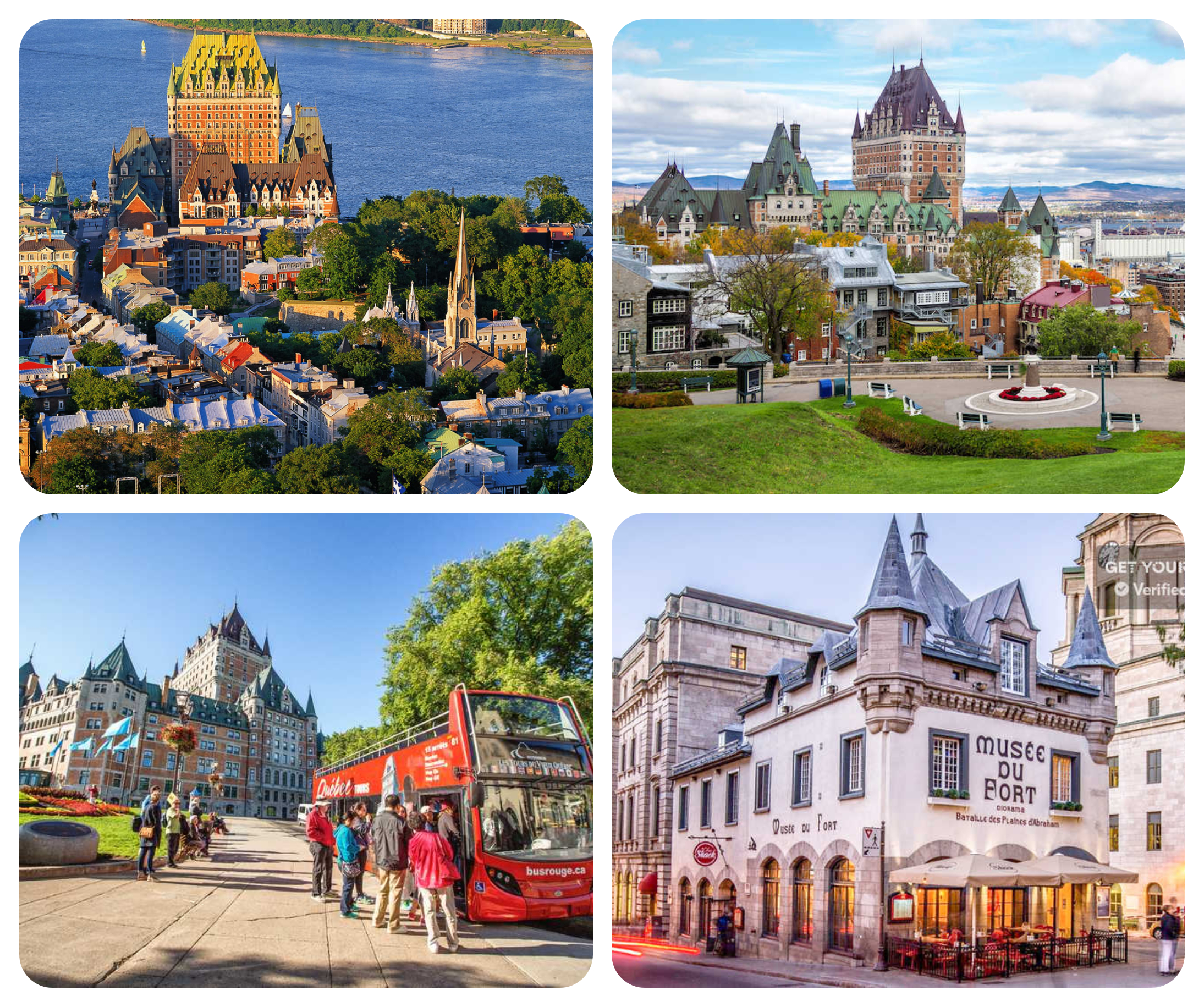 Some dishes you need to sample include cretons, a cold meat spread similar to rillettes to start your day. Made with ground pork and seasoned with spices such as cinnamon, savory, and cloves, cretons is a Québec classic and popular spread on toast at breakfast. Pea soup is consisting of dry yellow peas, salt pork, and vegetables such as small pieces of carrots, simmered in water seasoned with a bay leaf. Pea soup is often part of the traditional meal served at sugar shacks. For those with a sweet tooth, sugar pie is a single-crust pie filled with a mixture of cream, flour, egg, and brown sugar, which is sometimes replaced with maple syrup.

Quebec City’s Old Town is filled with restaurants, and we loved exploring them. We made a point to try as much unique Quebec food as we could. I am listing the foods to try in Quebec City along with restaurant recommendations. If you want to try Quebecois cuisine, the place to go is Aux Anciens Canadiens